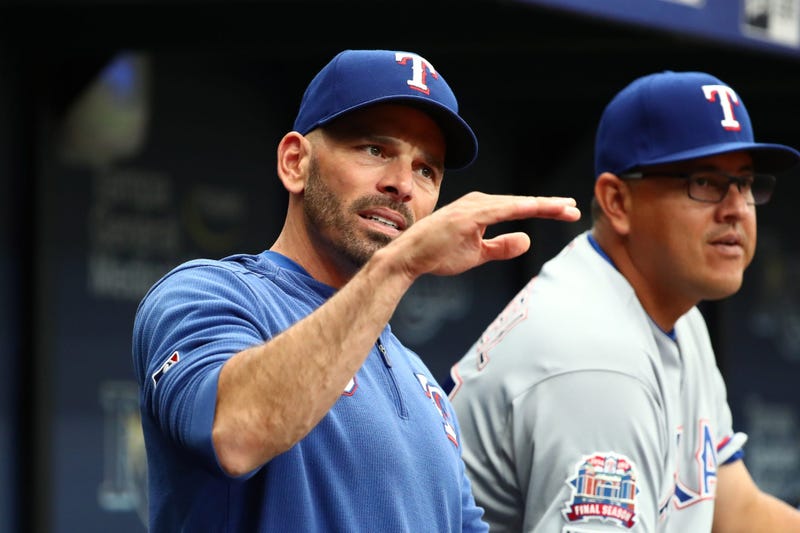 Going in to the 2019 season, one of the main things the Rangers wanted to do was establish a winning culture.  After former manager Jeff Banister by many accounts lost the team before the 2018 season, new manager Chris Woodward’s main job was to establish a new pleasant, yet winning culture.

But man do things move quickly.  I’m not sure even he would have believed last year’s 67 win team would be 6 games over .500 at the All-Star break.

So now the question is what do you do at the deadline?  At the time of publishing this, the Rangers were 3 games behind the 2nd wildcard spot.  Definitely still in the hunt, but fighting for their freakin’ lives to stay in contention after losing 6 of 8 games, not to mention having 7 of their next 10 games against the division leading Astros.

Trading Mike Minor seems like a good move for the future, given that you can expect a decent return while selling his stock at the highest it’s ever been in his career.  Lance Lynn could also be moved. But what about this year’s team? What about the culture? Is trading and continuing to build for the future worth taking the chance at losing the locker room again?  I’m not sure.

This is where General Manager’s earn the big bucks.  Jon Daniels knew culture was a really important thing for the 2019 season.  The culture is great and everyone seems to love Woody, meanwhile the team has not only been fun to watch, but they’ve been pretty damn good.  It’s a good culture with guys who enjoy going to work everyday, at least that’s the vibe I get. I absolutely did not get that vibe the last couple seasons.

So can JD really take a machete to that culture that’s already been established?  I think he can, but don’t think he should unless things really go downhill over the next 20 days.

Would making a trade that forces the team to take a step back really affect the new culture?  I think it would, and I think JD needs to stand pat unless the team proves over the next 3 weeks that they’re not ready to make a serious playoff run.

So what’s the number? For me it’s 5 games.  If the Rangers are 5 games or more out of the 2nd wildcard by the trade deadline, then i’m all for selling and getting what you can get for the future.  If it’s less than 5 games back, then i’ll keep Minor and Lynn, fully knowing that they can be moved in the offseason, or that i’ll have them when it’s time to breakout the new stadium next year.

It’s not an easy decision, but that’s why Jon Daniels has a high paying job that takes years off the life of those who hold that position.  Personally, my head says keep the rebuild going, but my heart says keep the current crew together and see what happens.. I mean isn’t it just a tad hypocritical to begin building a winning culture, only to take important pieces away from it at the same time.