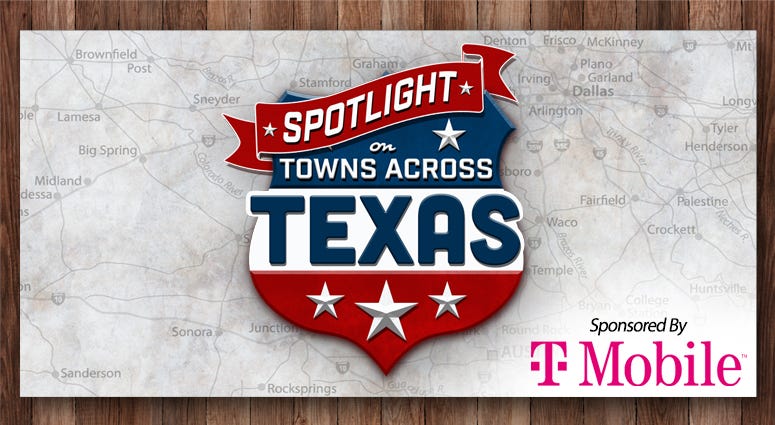 Spotlight On Towns
By NewsRadio 1080 KRLD

As KRLD's John Liddle explores towns across Texas, he tells the story of the city of Joshua was almost named something different.

At a population of right around 8,000, Joshua (in Johnson County), has been rapidly growing...Ballooning by almost 40% over the last decade.

But the name of the city almost wasn't Joshua. It could have been Caddo Peak.

You see, Caddo Peak is the tallest feature in Johnson county, about 1000 feet, and sits just northwest of downtown Joshua.

It's a brown sandstone hill, and still has inscriptions chiseled into the face. Some of those carvings date back almost 200 years.

The railroad came through in 1881, skirting the eastern side of the peak. Naturally, locals wanted to call the rail station Caddo Peak. But the post office rejected the name because there was already a Caddo Peak somewhere else.

So as legend has it Dr. D. B. McMillan named the station Joshua. And it's been that way for generations.