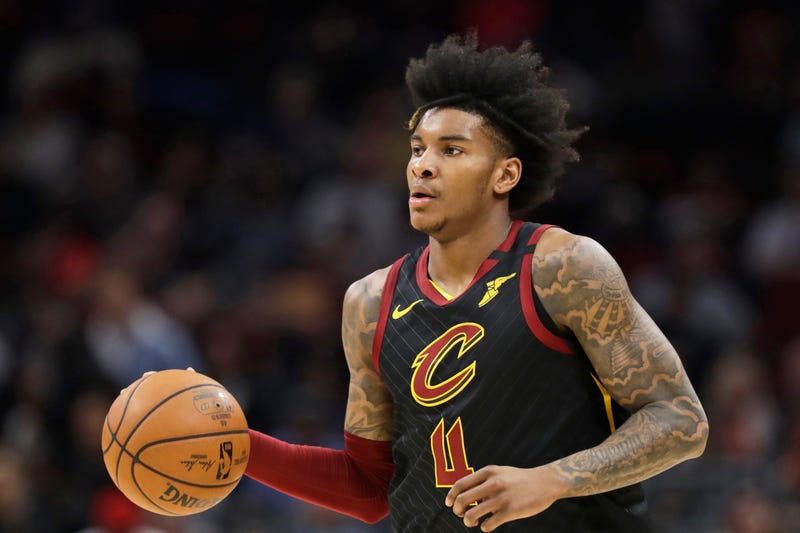 CLEVELAND (AP) — Kevin Porter Jr. is no longer a problem for the Cavaliers.

Cleveland has agreed to trade the troubled forward to the Houston Rockets for a future draft pick, a person familiar with the deal told the Associated Press on Thursday night.

The Cavs will send Porter, the 2019 first-round draft pick who hasn't played this season and recently had an outburst in the team's locker room, to the Rockets for a protected second-round pick. The person spoke on condition of anonymity because the trade has to be approved by the NBA.

Porter's days with the Cavs reached a breaking point late last week when he became upset after learning his space in the locker room had been given to newly acquired forward Taurean Prince. Porter had only returned to practice with the Cavs a day earlier after they had spent months trying to help him.

The No. 30 overall pick two years ago, Porter has plenty of talent and the Cavs were hoping they could get the 20-year-old to buy in and be part of their future. But his most recent episode was a final straw for the organization, which spent the past few days looking for a trade partner.

Porter was arrested in November following a single-car crash, but gun and marijuana charges were later dropped.

The Cavs have played well despite numerous injuries this season and take a 7-7 record into Friday's game against the Nets. Cleveland beat Brooklyn in double overtime on Wednesday night.

Porter's deal is the second for the Cavs this month. They acquired Prince and center Jarrett Allen from Brooklyn as part of the four-team trade that sent James Harden from Houston to the Nets.