ARLINGTON - The Dallas Cowboys at 6:01 a.m. Monday announced that Dak Prescott's surgery was successful and that the plan is for him to leave the hospital today.

Prescott sustained a compound fracture and dislocation of his right ankle, an injury that occurred on a nine-yard run while being tackled by Giants defensive back Logan Ryan in the third quarter of a Week 5 NFL game here at AT&T Stadium that Dallas would eventually win, 37-34. 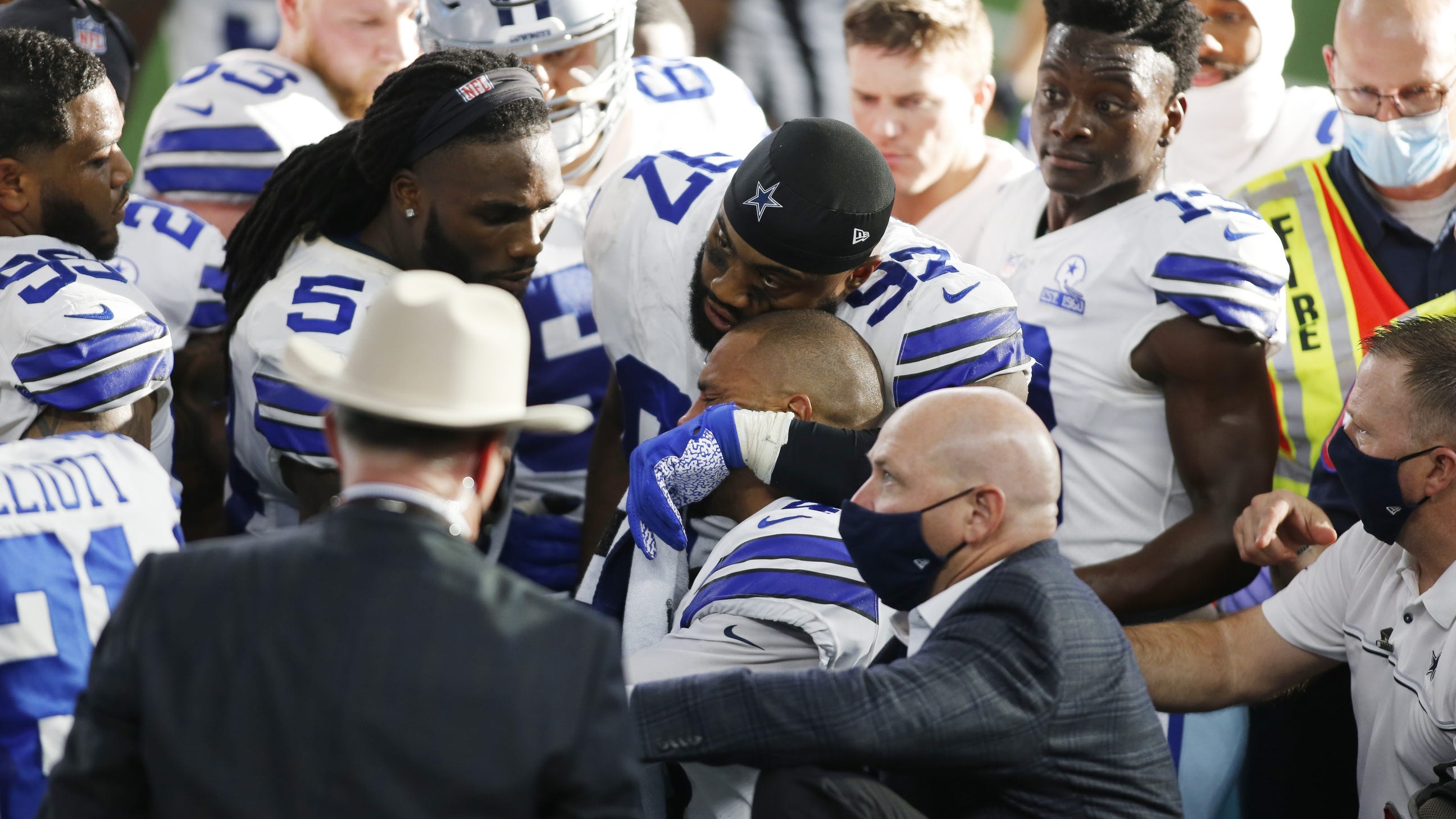 According to Jane Slater of the NFL Network, Prescott has been informed that the recovery time for this type of injury is four to six months.

“He’s good. Been in high spirits all night and morning. Minor setback for a major comeback,” per source close to Dak Prescott. Prescott has been told the recovery window is 4-6 months. Surgery was successful, heads home today

Prescott left the field to hugs from his teammates and gestures from both teams, including from Cowboys coach Mike McCarthy and Jason Garrett, Prescott's former coach in Dallas who is now New York's offensive coordinator.

Prescott, fighting back tears and with a towel in his mouth, had his right leg put in an air cast as he was loaded onto a medical golf cart. on a cart and in tears.
Cowboys head team orthopedist Dan Cooper was involved in the operation, which was conducted by noted foot and ankle doctor Gene Curry of the Carrell Clinic. 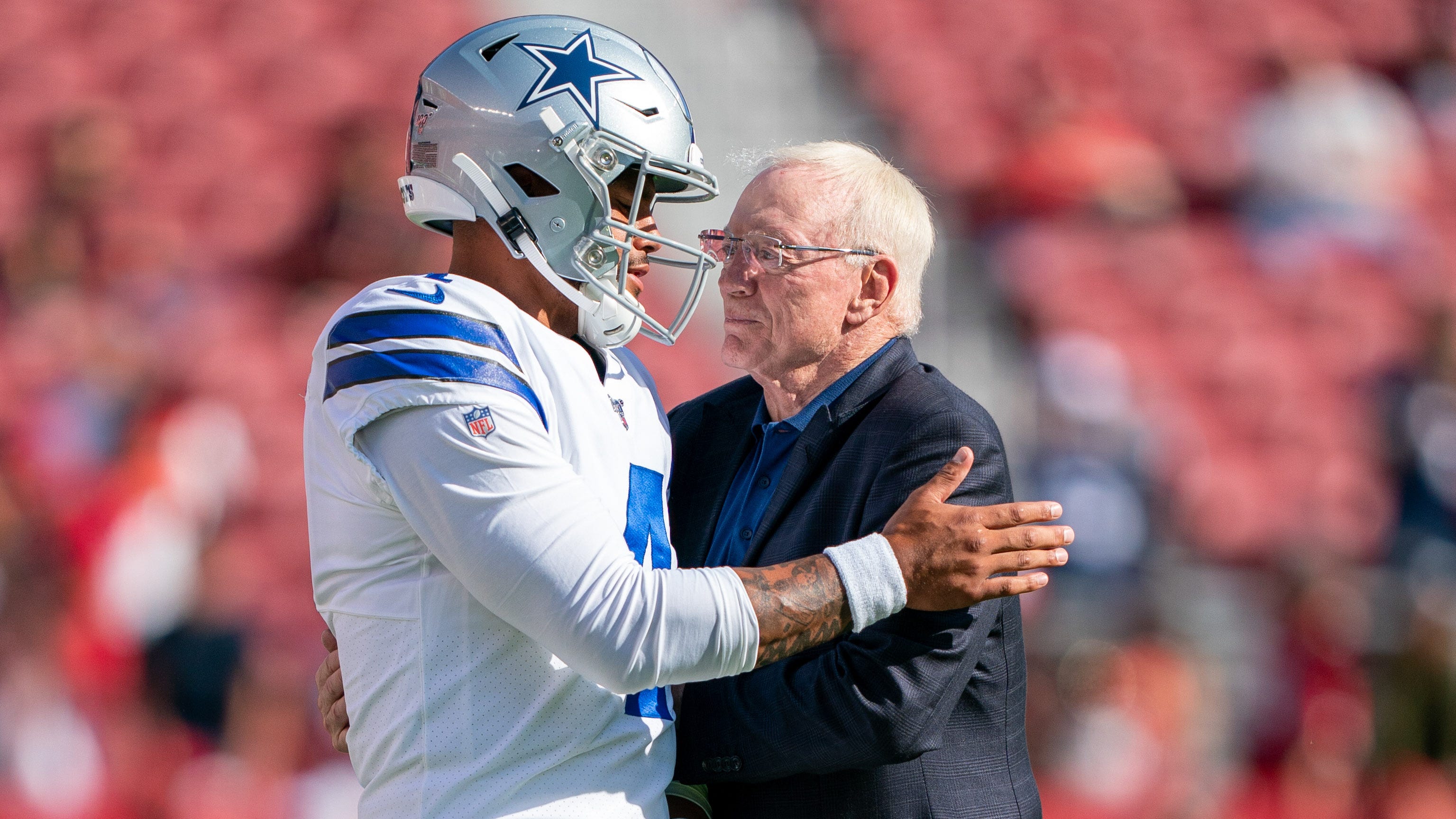 Jerry Jones: 'we are heartbroken for Dak' Prescott

Prescott, who was playing on the $31.409 million franchise tag, is expected to fully recover after a recovery period of approximately six months. Andy Dalton, who replaced him Sunday, will now be Dallas' No. 1 QB.

"I know this young man very well," Cowboys owner Jones said of Prescott.
"I know the personal hardship and strife that he has faced, dealt with and overcome in his young life. And I know of no one who is more prepared, from the perspective of mental and emotional toughness and determination, than Dak Prescott to respond and recover from this challenge that has been put in front of him.

"He is an inspiration to everyone he touches. He has all of our love and support.
And we have no doubt that he will return to the position of leadership and purpose that he brings to our team."