With free agency’s story all but written and only a few leftover strands of confetti to pick up from last week’s draft festivities, the NFL offseason is largely complete. There are still minor, cosmetic changes to be had along with the usual glut of training camp holdouts and franchise-tag developments, but for the most part, rosters are set. Now that the 32 franchises have shown us their cards, it’s time to hand out offseason report cards. See who aced their final exams … and which teams are being held back a grade. 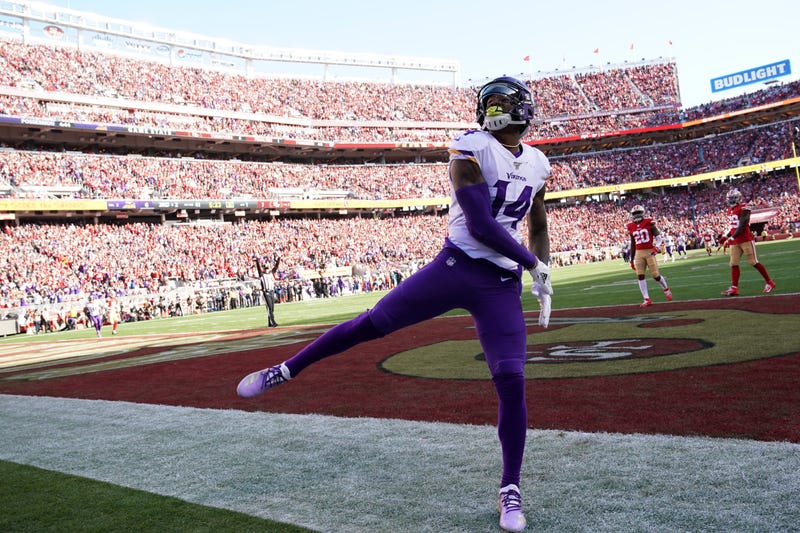 With New England in freefall, the AFC East could be Buffalo’s to lose. Fresh off a Wild Card berth—their second in three years—the Bills improved by adding a go-to-receiver (Stefon Diggs) for Josh Allen, a pass-rushing threat in second-round steal A.J. Epenesa and a backfield weapon (reigning Pac-12 Offensive Player of the Year Zack Moss) to pair with Devin Singletary.

The Dolphins enjoyed a similarly strong haul under second-year coach Brian Flores, landing a franchise quarterback in former Heisman runner-up Tua Tagovailoa while adding Matt Breida and two-time 1,000-yard rusher Jordan Howard to the team’s running back stable. Already equipped with All-Pro Xavien Howard, Miami’s secondary got even scarier with the addition of Byron Jones, the recipient of a five-year, $82.5 million free-agent windfall.

The Jets more or less broke even in their offseason pursuits, offsetting Robby Anderson’s departure by roping in the capable, if unspectacular, Breshad Perriman while taking a second-round flyer on All-Big 12 performer Denzel Mims. New York also injected some much-needed talent into its offensive line, courtesy of newcomers Mekhi Becton (all 364 pounds of him) and ex-Bronco Connor McGovern. 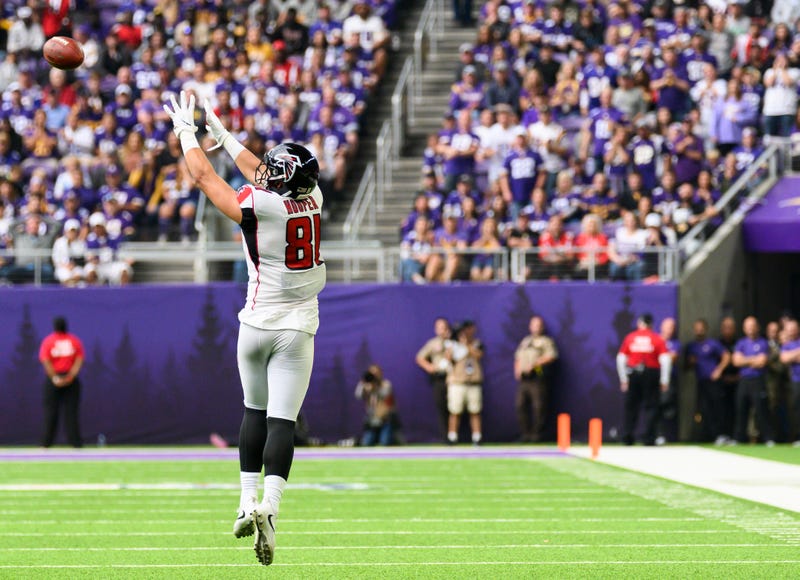 Baltimore really is shameless, adding first-team All-American J.K. Dobbins to an offense that set an NFL record for rushing yards (3,296) in 2019. It was similarly unfair of the Ravens, coming off a 14-2 regular season, to unearth Calais Campbell from the Jags’ offseason wreckage. Landing a former Defensive Player of the Year runner-up for the price of a fifth-round pick is Heist City.

It’s hard to have any qualms with what the Bengals did this offseason, drafting their potential franchise savior in Joe Burrow while trimming the fat by showing the door to declining vets Andy Dalton and Tyler Eifert. Cincy was also an active participant in free agency, breaking the bank for defensive stalwarts D.J. Reader and Trae Waynes.

The Browns crashed and burned in 2019, but with a new coaching staff in place and plenty of reinforcements (Austin Hooper, Jack Conklin, Jedrick Wills and Grant Delpit), Cleveland should be much better prepared for 2020.

Pittsburgh’s offseason was of the “ho hum” variety. Javon Hargrave left for greener pastures (he set up shop in Philadelphia), but at least Bud Dupree, who the Steelers slapped with the franchise tag, isn’t going anywhere. Newcomers Chase Claypool (chosen 49th overall in last week’s draft) and Eric Ebron add explosive elements to a downfield attack that was largely non-existent with Ben Roethlisberger shelved for much of 2019. 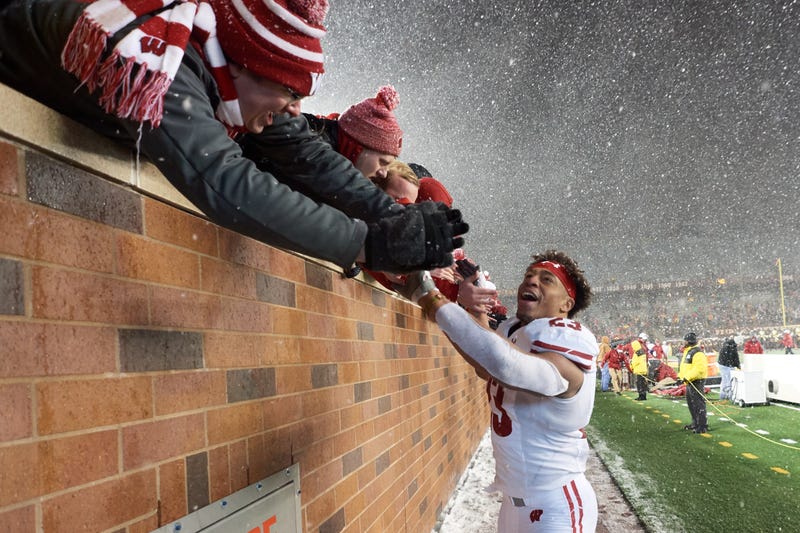 Bill O’Brien, whose coaching exploits include squandering a 24-point lead in last year’s Divisional playoff loss to Kansas City, proved overmatched for the GM chair, trading a generational wideout (DeAndre Hopkins) for what’s left of David Johnson’s fading career. Taking on Brandin Cooks (who has suffered no fewer than five NFL concussions) and his egregious contract was similarly bad business. The Texans also backed themselves into a corner by paying top dollar for Laremy Tunsil, a fine player in his own right, but nowhere near deserving of his record $22-million AAV.

Trading Nick Foles, Calais Campbell and A.J. Bouye (with Yannick Ngakoue and Leonard Fournette next up on the chopping block) figures to make the Jags less competitive in 2020, though they stuck to the script with a pitch-perfect draft, striking first-round gold with C.J. Henderson and K’Lavon Chaisson.

Not everyone was on board with Indianapolis drafting Jonathan Taylor—the working theory is that anyone with a helmet and Nike cleats could rush for 1,000 yards behind trail-blazing left guard Quenton Nelson. But after seeing him steamroll his way through the Big Ten the past three seasons, I think the Colts will be happy with their investment. We can all agree Philip Rivers’ best years are well behind him, but I don’t mind him as a one-year Band-Aid, which is precisely what Indy envisions him as. DeForest Buckner and Xavier Rhodes were also nice pick-ups for the Colts, who have done a lot right under shrewd GM Chris Ballard.

There wasn’t much to report on the Tennessee front as the Titans largely stayed the course this offseason, doubling down on late bloomer Ryan Tannehill while using the one-year franchise tag to tide over reigning rushing champ Derrick Henry. 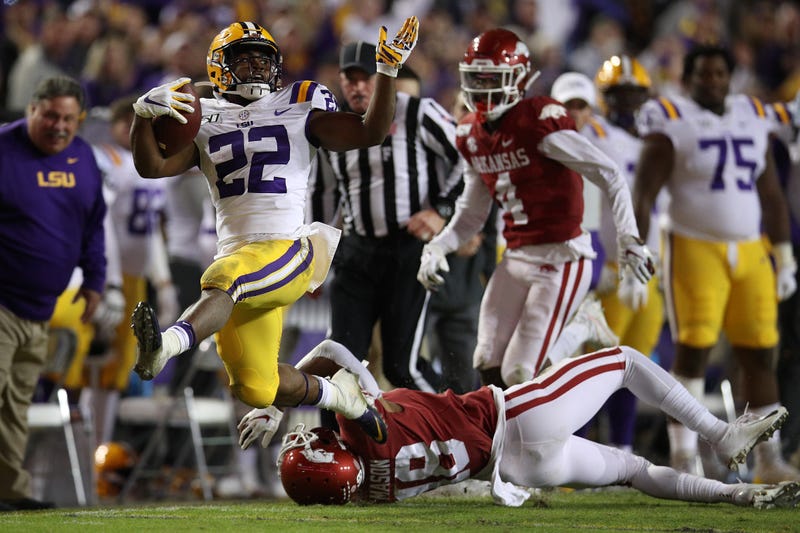 Denver took its free-agent lumps—Mile High mainstays Chris Harris, Connor McGovern and Derek Wolfe all left the nest—but redeemed itself with a stellar draft, netting a slew of blue-chippers in Jerry Jeudy, Lloyd Cushenberry and KJ Hamler. Melvin Gordon and A.J. Bouye were also good gets for the Broncos, whose offseason haul has made them a trendy AFC dark horse.

The champs are getting the band back together with KC only losing a handful of starters from last year’s Super Bowl squad. Kendall Fuller, whose interception of Jimmy Garoppolo sealed Kansas City’s first title in 50 years, was the Chiefs’ most notable departure. Darren Sproles clone Clyde Edwards-Helaire, the first running back selected in last week’s draft, is tailor-made for Andy Reid’s high-octane offense.

The Bolts weren’t messing around this offseason, taking care of business by locking Austin Ekeler into a long-term deal, filling their quarterback void with first-round pick Justin Herbert and bolstering the O line with former Packers enforcer Bryan Bulaga. Good luck throwing on the Chargers, who added perennial Pro Bowler Chris Harris to what was already a lights-out Los Angeles secondary. 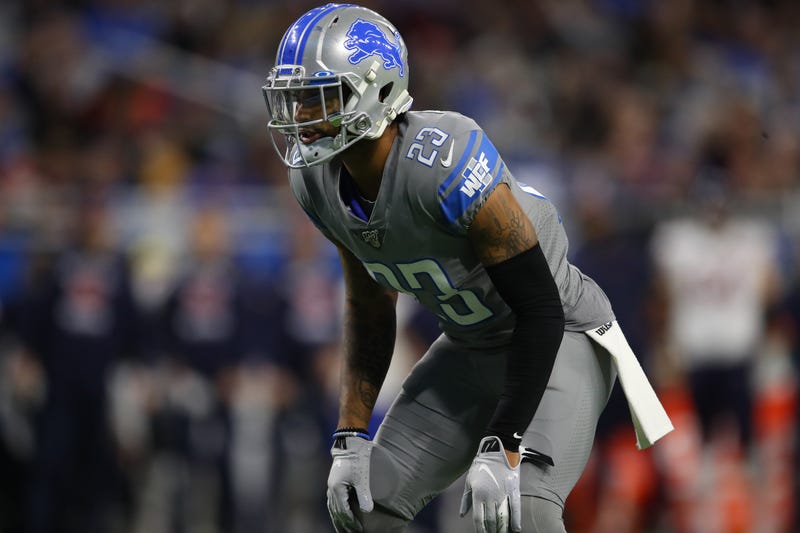 Dallas accomplished most of its offseason goals, retaining Amari Cooper and Dak Prescott (albeit on the franchise tag) while crushing the draft with home-run selections of CeeDee Lamb and Trevon Diggs. The team weathered some significant losses (Byron Jones, Robert Quinn, Travis Frederick, Jason Witten and Randall Cobb) and replacing one scatterbrained head coach (Jason Garrett) with another (ex-Packers bench boss Mike McCarthy) seemed counterproductive, but overall, the Cowboys passed their offseason test with flying colors.

The jury is still out on rookie coach Joe Judge, but I thought the Giants had a shockingly smooth draft (a rarity under loose cannon GM Dave Gettleman), particularly on the offensive line with New York adding an army of hog mollies (Andrew Thomas, Matt Peart and Shane Lemieux) to protect golden-goose quarterback Daniel Jones. Xavier McKinney should also work wonders for the Giants’ talent-depleted secondary.

The Eagles made speed a priority by bringing in vertical threats Jalen Reagor and Marquise Goodwin, but muddied the waters for Carson Wentz with their confusing second-round pick of Jalen Hurts. The Darius Slay acquisition should go a long way toward improving Philly’s listless secondary, though Malcolm Jenkins and long-time tackle Jason Peters will both be missed.

The Redskins came up empty in their pursuit of big-ticket free agent Amari Cooper (he spurned them for division-rival Dallas), but drafting Chase Young was a no-brainer and Washington should be in excellent hands with head coach Ron Rivera, who represents a vast improvement on the overmatched likes of Jay Gruden. Swapping out expensive vet Josh Norman for the younger, more versatile Kendall Fuller was also a nice touch. 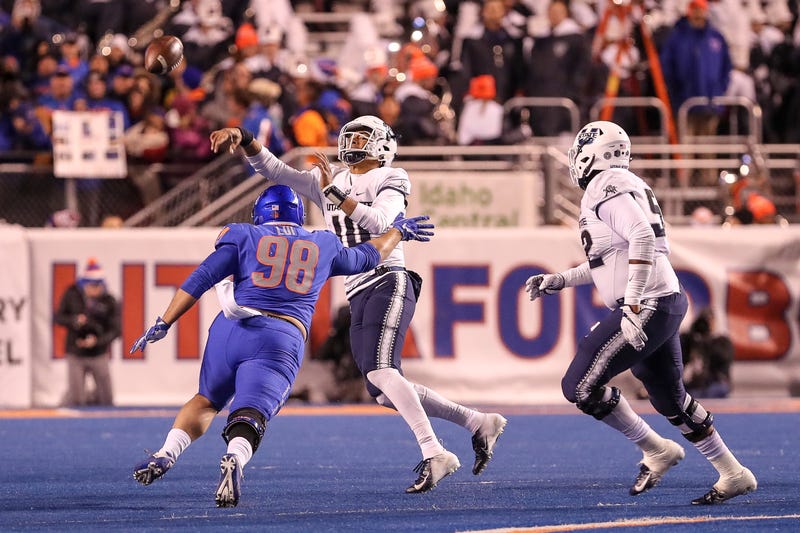 The quarterback-needy Bears could have signed Jameis Winston or Andy Dalton for pennies on the dollar, but instead gave up precious draft capital for Nick Foles (who was relegated to clipboard status in Jacksonville last year) and his bloated $22-million-a-year salary. The Robert Quinn signing was a wash for the Bears as it cost them a former first-round pick in Leonard Floyd, now of the Los Angeles Rams. Chicago’s cupboard is overflowing with tight ends, yet there’s not a difference-maker in the bunch. You’d think Ryan Pace would know by now that quantity does not equal quality.

Jeff Okudah and Desmond Trufant soften the blow of Detroit losing Darius Slay (who had clearly worn out his Motor City welcome) while Georgia standout D’Andre Swift should be a boon to the Lions’ backfield.

Green Bay’s draft was a botch job of epic proportions. After going out of their way to alienate their best player by devoting a first-round pick to Aaron Rodgers’ successor (last year’s FBS interceptions leader Jordan Love), the Packers dug an even deeper hole for themselves by drafting redundancies A.J. Dillon and Josiah Deguara while not lifting a finger to address the team’s dire pass-catching need. 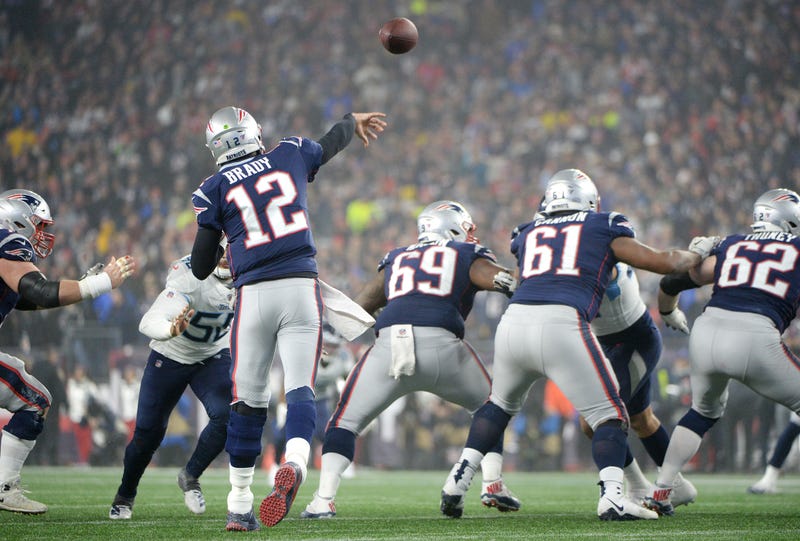 Todd Gurley should give Atlanta’s stagnant ground game a jolt and the one-year contract makes him a relatively low-risk investment. The Falcons’ draft plan imploded when Javon Kinlaw and C.J. Henderson went off the board sooner than expected, but I still thought A.J. Terrell was a reach at 16.

The Panthers kicked their most exciting player, Cam Newton, to the curb for game-managing Teddy Bridgewater, then made Christian McCaffrey the league’s highest-paid running back on an annual basis. Carolina went all-in on defense during the draft, but strangely passed on Isaiah Simmons at seventh overall, missing what would have been a golden opportunity to replace retired linebacker Luke Keuchly. Robby Anderson’s reunion with former Temple coach Matt Rhule in Charlotte should, at the very least, be an entertaining subplot.

The Saints were efficient in their offseason choices, sprinkling in veteran talent (Emmanuel Sanders and Malcolm Jenkins) while also planning for the future by tapping Drew Brees’ potential successor (Jameis Winston). Zach Baun, who many pegged as a first-rounder, falling to the Saints at pick No. 74 was larceny.

It’s debatable how much Tom Brady and Rob Gronkowski have left in their respective tanks, but if everything breaks right, Tampa Bay’s star-studded offense has a chance to be an absolute behemoth in 2020. After lapping the field in free agency, the Bucs enjoyed an equally fruitful draft, landing a blind-side protector in Tristan Wirfs while filling out their receiving corps with flashy fifth-rounder Tyler Johnson. 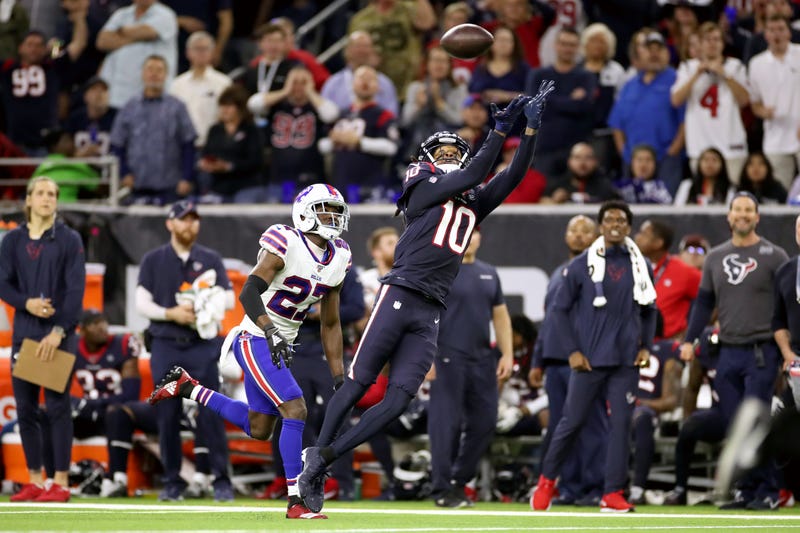 Reigning Offensive Rookie of the Year Kyler Murray should be primed for a sophomore breakout with DeAndre Hopkins installed as the Cardinals’ new go-to receiver. Arizona left the draft with plenty of new weaponry including Clemson hybrid Isaiah Simmons and offensive line staple Josh Jones.

L.A.’s offense took a hit with the departures of Todd Gurley and Brandin Cooks, though Florida State bruiser Cam Akers makes for a decent consolation prize. Currently $5.35 million over the salary cap, extending Jalen Ramsey figures to be an uphill battle for the cash-strapped Rams.

Seattle’s maddening pursuit of Jadeveon Clowney continues with the elusive free agent still playing high-stakes cat-and-mouse. The Seahawks have largely been asleep at the wheel this offseason, butchering their first-round pick in last week’s draft (Jordyn Brooks was a Hail Mary at 27) while overpaying injury-diminished Greg Olsen, who is probably a better broadcaster than tight end at this stage in his career.