(SportsRadio 610) -- Despite Deshaun Watson having not officially requested a trade just yet, it appears more people are validating the idea he could be moved.

On Sunday, ESPN's Adam Schefter reported "there is a growing sense from people in and around the Texans' organization that Deshaun Watson has played his last snap for the team."

There is a growing sense from people in and around the Texans’ organization that Deshaun Watson has played his last snap for the team. It’s early in the off-season, there’s a lot of time left, but Watson’s feelings cannot and should not be underestimated.

The Texans are among four NFL teams left with an opening for head coach, but league circles are taking note of the dysfunction in Houston.

This likely has nothing to do with Deshaun Watson, the Texans' star 25-year-old quarterback who had a career season in 2020, despite going 4-12.

The Texans' issues are at the top, with young CEO Cal McNair now on his fourth general manager in as many years. It's been reported Watson expected to be part of the process of hiring a general manager, but he was not, and friction between the quarterback and front office only grew from there.

There is also the looming issue of Jack Easterby's influence on McNair. Easterby is the vice president of football operations, but has a cozy relationship with McNair as one of his most trusted advisors. It is believed Easterby helped orchestrate the move to hire their new general manager Nick Caserio from the New England Patriots. 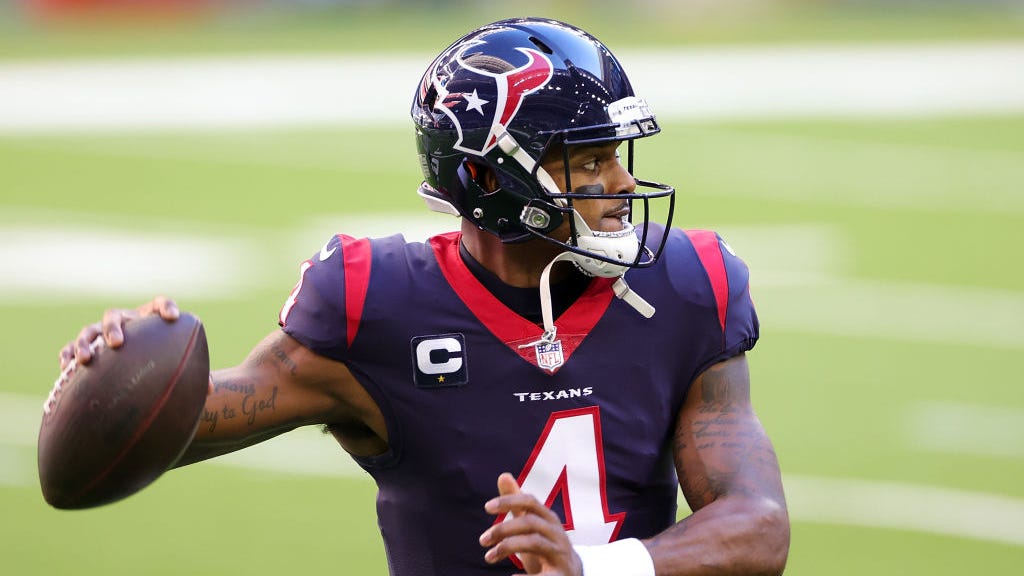