The Gold Glove is given to the best defensive player at each of the 9 positions in both the American and National Leagues. 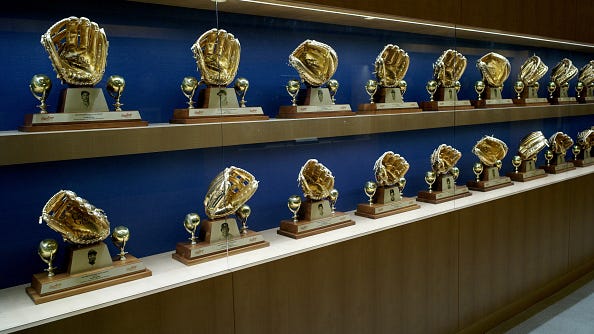 Kiner-Falefa had the best defensive wins above replacement among all third basemen in the American league this season and had the seventh-best fielding percentage at .957.

Gallo had the most runs saved among American League right fielders with 12. His fielding percentage was 1,000 as he made zero errors in 53 games played.

Adrian Beltre and Mitch Moreland were the last Rangers to win a Gold Glove when they both won it for their respective positions in 2016.

Here is the full breakdown of last night's winners: