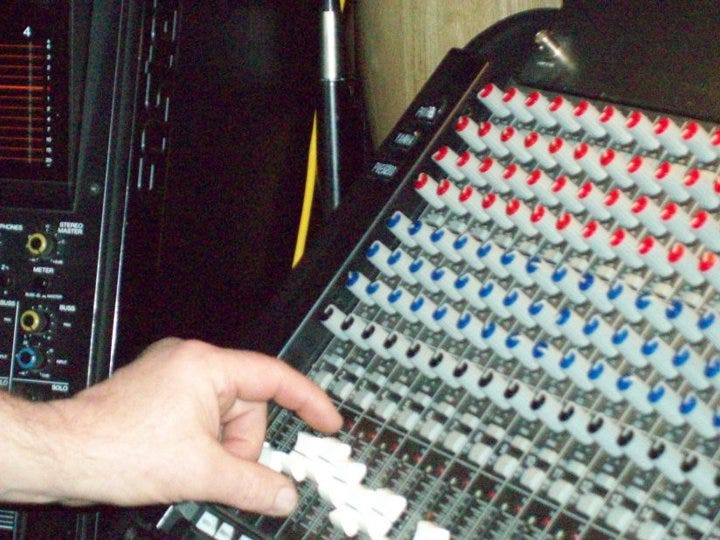 It was 25 years ago this week that the Hotel Washington in Madison was destroyed by fire. One of the bars inside that building was the Club De Wash, which was a haven for local musicians. On this week’s show, I played a bunch of tunes from bands who frequented the Club back in the day. And I may have gotten a little misty eyed while doing it.

"Spirit of The Club De Wash" by Willy Porter. A song Willy made up on the spot at the Barrymore Theatre about a week after the fire. He recreated it for us in Studio M shortly thereafter.

"Oreos" by Free Hot Lunch. The original wa-ha band that was a mainstay at the Club for years. This version recorded live in Studio M.

"Watersong" by Honor Among Thieves. You can find some videos of them playing live at the Club on youtube.com.

"American Spirit" by Armchair Boogie. Thursday night they'll be doing a live streaming event from the Barrymore Theatre. Check it out on Facebook.

"Blowin' Up The Shack" by Dan Walkner.

"Lovers and Friends" by Cory Chisel and the Wandering Sons.

"King James" by Marques Bovre and the Evil Twins.
From Ghost Stories from Lonesome County.

"Didn't Leave Me No Ladder" by Paul Cebar.

"Got To Rock-a-bye My Baby" by Paul Black. He and the Flip Kings were regulars and held blues jams.

"Sgt. Carter" by The Gomers." They were a fun staple at the bar, with a variety of theme nights--like cartoon theme songs and commercials.

"Satellite" by the Other Kids.

"Tell Me Why" by Yipes. With lead singer Pat McCurdy.

"She Reminds Me of You" by Fire Town. Not sure if they ever played there, but I bet members had a cocktail or two in one of those Hotel Washington bars.