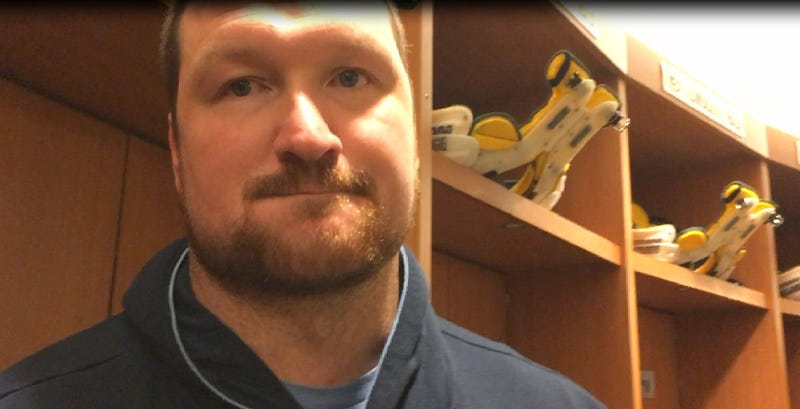 Green Bay, WI - Packers right tackle Bryan Bulaga is leaving for the LA Chargers, the latest in a list of offensive linemen who didn't finish their NFL careers in Green Bay.

Bulaga agreed to a three-year contract worth a reported $30 million dollars with the Chargers on Tuesday. His offensive line coach will be James Campen, who coached him for 9 years in Green Bay before Campen left for one season with the Browns after Mike McCarthy was fired.

The move came a day after the Packers offered a deal to right tackle Rick Wagner after he was released by the Detroit Lions. Wagner signed a two-year contract worth $11 million with Green Bay, with $3.5 million fully guaranteed through a signing bonus. The rest he must earn from escalators and incentives.

Bulaga is the latest offensive lineman who played well for the Packers, but just couldn't close the deal on a final contract with Green Bay.  Center Scott Wells felt he was low-balled by Ted Thompson when he signed with the Rams. Guard Josh Sitton was suddenly released, and played for the Bears and Dolphins. Guard T.J. Lang signed with the Lions. But all three of those players didn't reach the end of their contracts and retired due to injuries.

Packers linebacker Blake Martinez has joined the New York Giants in a three-year deal worth $30 million. Outside linebacker Kyler Fackrell, seeking more playing time than he got last year in Green Bay, has also signed with the Giants where he'll join defensive coordinator Patrick Graham, who was the Packers linebackers coach in 2018 when Fackrell had his best season.  Fackrell got a one-year "prove it" deal worth $4.6 million.