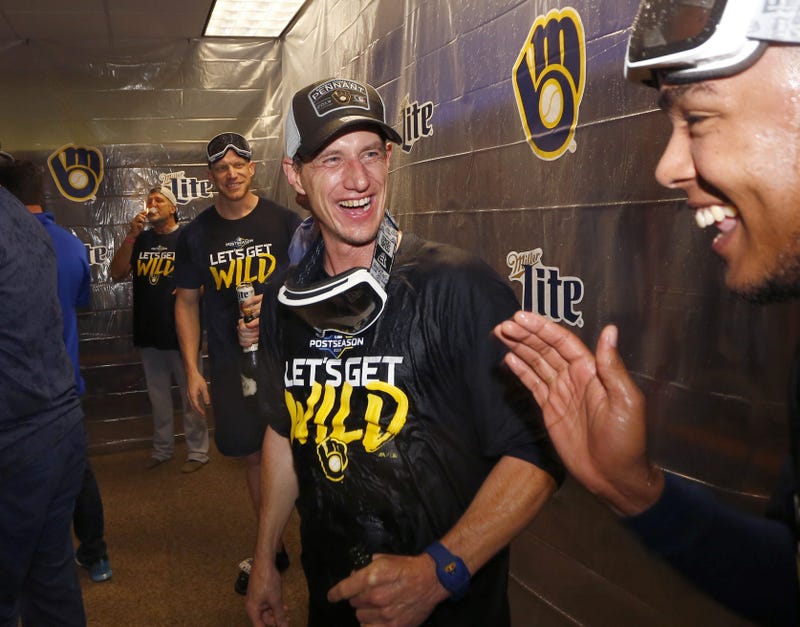 The Brewers are coming off their first back-to-back playoff appearances since the early 1980's, thanks in part to MVP type seasons since Christian Yelich, the front office savy of David Stearns, and the analytical and statistical managing of Craig Counsell. An extension for Yelich may come soon, Stearns is locked into a long term deal as President of Baseball Operations, and now Craig Counsell joins him long term.

According to Robert Murray, the Brewers and Craig Counsell have agreed to a contract extension through the 2023 season:

The Brewers confirmed the move minutes after the news broke:

Manager Craig Counsell has been signed to a 3-year contract extension through the 2023 season. pic.twitter.com/Xlsq7gCaOI

The 2020 season will be Counsell's 5th full season as Brewers skipper (he took over as interim manager in 2015 after Ron Roenicke was fired 25 games in), and he is already 4th on the Brewers all-time wins list with 405 wins (according to Baseball-Reference). He will almost certainly pass Tom Trebelhorn (422) and Ned Yost (457) this season to move to second, with a great chance at passing Phil Garner (563) in the 2021 season.

Counsell is currently the longest tenured National League Manager, with Clint Hurdle out as Pirates Manager.

The Whitefish Bay native enjoyed a 16 year MLB career, six of those seasons with the Brewers. After his career, he was moved to the front office, being named Special Advisor to GM Doug Melvin.