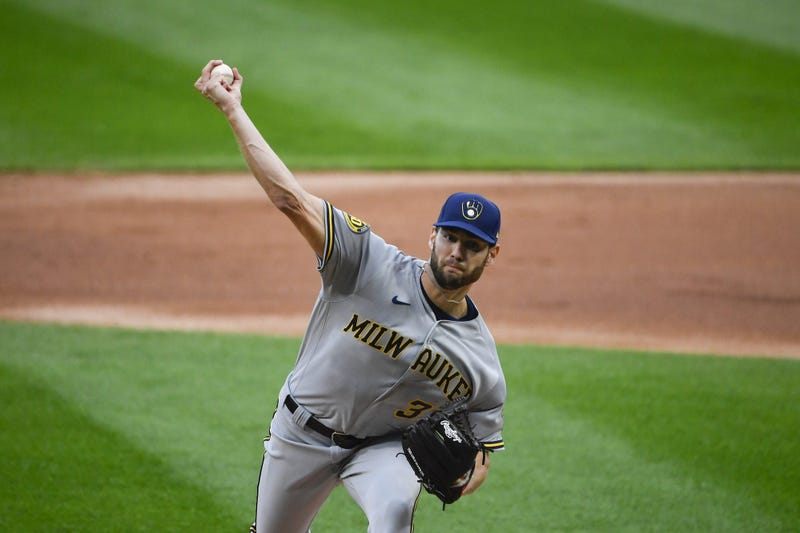 The Milwaukee Brewers snap the White Sox 6-game winning streak with a 1-0 victory over Chicago. The Brewers starter, Adrian Houser was dominate today against the White Sox lineup. Houser went 7 innings giving up five hits with no runs given up. Houser would also strike out five in his outing tonight.

The Brewers got the win tonight without three of their key players; Lorenzo Cain who just opted out of the 2020 season, Ryan Braun who is on the 10-day IL and Christian Yelich who was given the day off.

Milwaukee will be back in action again tomorrow in Chicago as they face off for the final game with the White Sox. First Pitch set for 7:10PM.

news
The helpful tip Dr. Fauci says to do before taking a COVID-19 test
music
RADIO.COM LIVE Check In with Laura Marano
music
BTS is taking over the ‘Tonight Show’
sports
Stephen A: ‘No way in Hell’ Sixers should hire Mike D’Antoni over Doc Rivers
music
Bad Bunny debuts glow-in-the-dark Crocs collaboration, sells out in minutes
news
Dog goes viral after getting into oil paint and turning himself blue