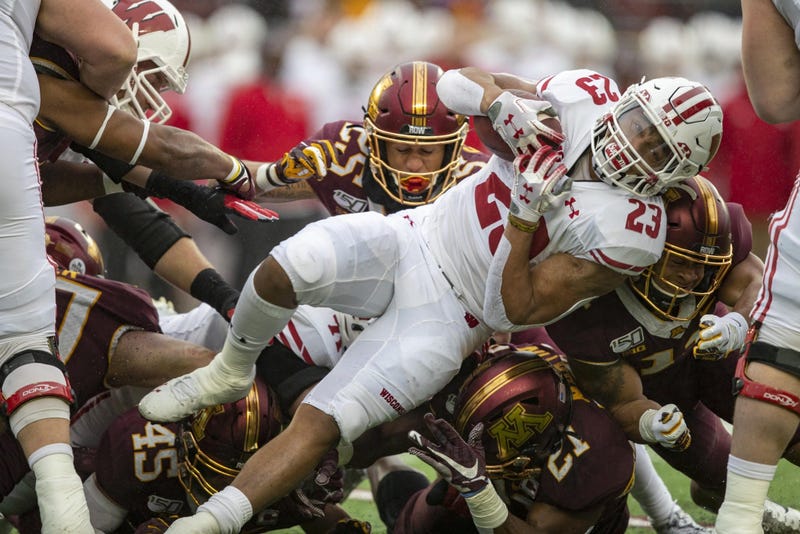 MINNEAPOLIS, MN -- Sink. The. Boat. The Wisconsin Badgers regained control of Paul Bunyan's Axe and earend a spot in the Big Ten Championship games as they conquered their Big Ten rival- and the top-10 ranked- Minnesota Golden Gophers, 38-17.

There were moments of concern at the beginning of this game as the Gophers held Wiscy to a 3-and-out to open the game, and then Minnesota jumped to an early lead on a 51-yard pass from Tanner Morgan to Rashad Batemon.

The Badgers responded with a field goal after an interception, and then Jonathan Taylor got into a groove. He made this ridiculous back shoulder snag on a wheel route out of the backfield:

Wisconsin would take a 10-7 lead into halftime.

The team was completely different after the break scoring touchdowns on their next four drives coming out of the half to catapult themselves to a 38-10 lead at the top of the fourth quarter. The rest was history as the Badgers solidified themselves as the winner of Paul Bunyan's Axe and the Big Ten West Division Champions. They will head to Indianapolis to face the No. 1 Ohio State Buckeyes for the Big Ten Championship crown.

In the rain and snow, Jack Coan threw for 280 yards and 2 TDs. Taylor had 18 carries for 76 yards and 2 TDs on the ground, and Quintez Ceephus had 114 yards on 5 receptions and a TD himself.