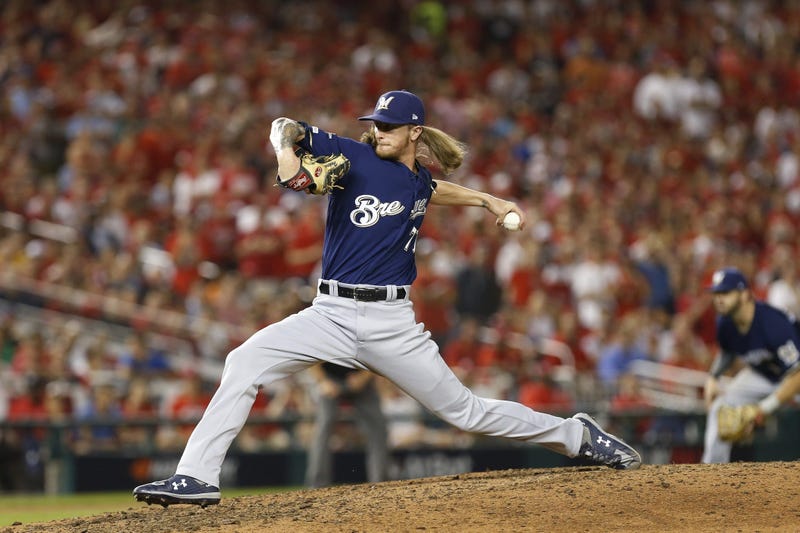 The Brewers had a busy holiday weekend, as the team beat reliever Josh Hader in their arbitration battle, and signed lefty Brent Suter to a two year deal, avoiding arbitration the next two years.

Josh Hader has lost his arbitration case against the Brewers, per source. Hader will earn $4.1 million in 2020; he had filed for $6.4 million.

The news comes as a bit of a surprise, as Hader is coming off back-to-back Reliever of the Year awards. While Hader admits it's a business and he's ready to move forward, his manager (and former player) Craig Counsell isn't thrilled with the process, courtesy of our Milwaukee Baseball Insider Adam McCalvy:

More Counsell: "Josh and I have talked about it. He wants to win baseball games and he knows how we're going to do it. But I think pitchers should be rewarded. I firmly believe [that>. The system is wrong. It's ridiculous."

The second big move of the weekend was Brent Suter and the Brewers avoiding arbitration and agreeing to a two year deal, that will guarantee the soft tossing lefty $2.5 million over the two years, with chances for more through incentives. The Brewers broke the news themselves:

McCalvy has the full details on the contract, including the salaries, signing bonuses and more:

The move buys out two of Suter's arbitration seasons, but he will have two more after this deal is done.

In other Brewers news from the weekend, MVP Christian Yelich helped out Bucks guard Pat Connaughton in the NBA Slam Dunk Contest Saturday night, as Pat jumped over him en route to a dunk that was scored a 45/50.

Lorenzo Cain was asked whether he thought it was a good idea for Yelich to put his health on the line like that, and whether the 33 year old Cain can still dunk. Adam McCalvy has the video of the interaction:

Pitchers and catchers officially report today, and the first game of Spring Training gets underway Saturday as the Brewers take on the Rangers. Stay tuned in to The Fan all Spring Training for updates on the Crew as we get closer to Opening Day!