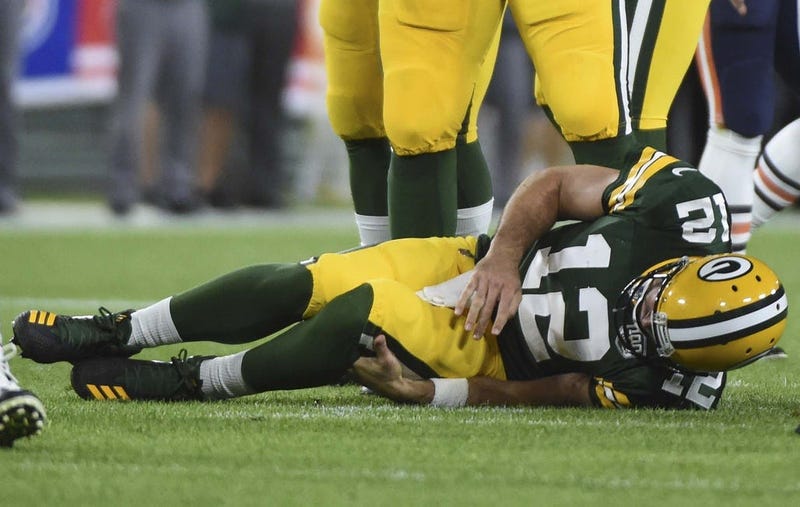 Aaron Rodgers went down with a knee injury in Week 1 of the 2018 NFL season. Given that he returned in that game to mount a come-from-behind win over the Bears, and didn't miss any starts, many accepted that he wasn't 100 percent as his mobility remained hampered, and his knee braced, throughout the following weeks. What many didn't realize, though, was the extent of Rodgers' "knee" injury.

In an interview, Monday, Rodgers revealed the extent of the injury suffered under the weight of Bears defensive lineman Roy Robertson-Harris. Not only did he play through a sprained left MCL, he played through a tibial plateau fracture -- a break in the upper portion of his shin bone, just below his sprained MCL.

That's right, Rodgers played an entire NFL season -- enduring hit after hit after hit -- with a broken leg. The two-time MVP threw for 4,442 yards and 25 touchdowns on that leg. Read more here.

news
The helpful tip Dr. Fauci says to do before taking a COVID-19 test
music
RADIO.COM LIVE Check In with Laura Marano
news
All outdoor playgrounds in California permitted to reopen
music
BTS is taking over the ‘Tonight Show’
sports
Stephen A: ‘No way in Hell’ Sixers should hire Mike D’Antoni over Doc Rivers
music
Bad Bunny debuts glow-in-the-dark Crocs collaboration, sells out in minutes