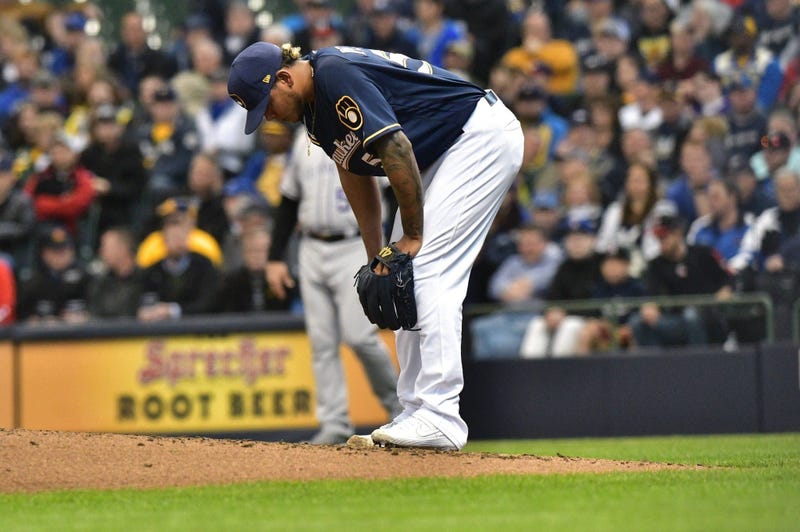 The trouble started early, and came often, for starting pitcher Freddy Peralta who made his return from the injured list. In the first inning, with two outs and the bases loaded, he surrendered a bases-clearing double to the former Brewer Mark Reynolds. Shortly thereafter, Rockies outfielder Raimel Tapia drove in Reynolds to cap a four-run first inning against Peralta.

In the second, the runs kept coming for Colorado. After reaching on an error, the Rockies’ Trevor Story crossed the plate courtesy of a wall-banging double from David Dahl. The next man up, Nolan Arenado, emptied the bases with a home run into the left field bleachers.

The Brewers finally began clawing back into things come the bottom of the third. Lorenzo Cain started a two-out rally with a single to score Ben Gamel. Eric Thames then reached with a single of his own, and both he and Cain came home on a Mike Moustakas single.

Ryan Braun added a tally for the Brewers in the fourth – a solo home run, his sixth of the season. He and Moustakas drove in a run apiece in the sixth, too.

Taylor Williams, making his return from Triple-A San Antonio, picked up where Peralta left off on the mound. The Rockies added a run courtesy of a Charlie Blackmon double in the fifth. That was all in the run column for Williams, though, who completed his comeback with two innings of one-run ball.

Jeremy Jeffress threw two, perfect innings in the seventh and eighth. Jay Jackson pitched the ninth, allowing a solo home run to Tapia. The Brewers put something together in the bottom of the ninth. Cain drew a two-out, bases-loaded walk to bring in Arcia, but that was all they'd get.

After the last pitch, The Bay View Shade and Blind Post Game Show met The Wendy's Big Show to discuss what they saw from the Crew. LISTEN BELOW

The Brewers return to action Friday, hosting the Mets for the first of three games over the weekend.

news
Tunnel to Towers Foundation Steps in to Save Annual 9/11 'Tribute In Light'
sports
Aaron Judge Not in Yankees Lineup, Placed on 10-Day IL With Calf Strain
news
'It's Shocking': New Poll Shows NY Gov. Cuomo Tops List of Democrats for 2024 Election
music
Amy Lee of Evanesence on Performing and Parenting: 'Not Easy Being a Mom in Quarantine'
news
VIDEO: Uber Drivers Split Over Court Order to Make Them Employees
sports
Mike Golic Reveals Where Relationship With Mike Greenberg Stands