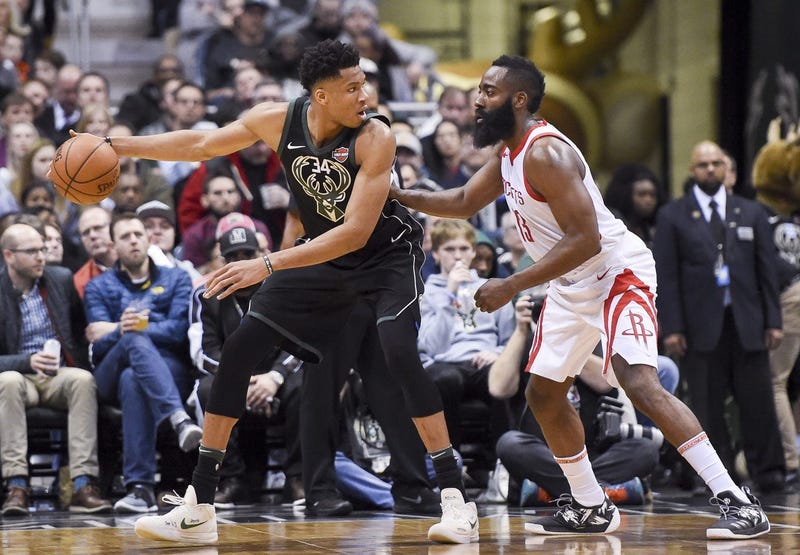 August 12, 2019 08/12/2019 7:34 pm
The NBA and the Milwaukee Bucks released the 2019-2020 regular season schedule, Aug. 12. The Bucks will tip-off the season at the Houston Rockets and open the second season of Fiserv Forum against the Miami Heat.
@Bucks - Milwaukee Bucks official Twitter account

The Bucks will play 24 nationally-televised contests, airing on ABC, ESPN and TNT. They will also play the Charlotte Hornets in Paris at 2 p.m. CST on Friday, Jan. 24 -- the NBA's first-ever regular season game in Paris.

Add the 2019-20 schedule to your calendar!!Tap the card below to add to your phone or desktop.

Official Announcement from the Milwaukee Bucks:

The Milwaukee Bucks will tip-off the 2019-20 season at Houston on Thursday, Oct. 24 before returning to Milwaukee for the first two games of the season at Fiserv Forum on Saturday, Oct. 26 vs. Miami and on Monday, Oct. 28 vs. Cleveland. The entire 2019-20 regular season schedule was announced today by the NBA.

The Bucks will play a total of 24 games on ABC, ESPN and TNT this season (up from 18 in 2018-19), including the season opener against the Rockets on TNT and a Christmas Day matchup at Philadelphia, which will tip-off at 1:30 p.m. CT on ABC. The previously announced NBA Paris Game 2020 between the Bucks and Charlotte Hornets – the NBA’s first-ever regular season game in Paris – will tip-off at 2 p.m. CT on Friday, Jan. 24, from AccorHotels Arena.

The complete Bucks schedule for the 2019-20 season is attached.

Full season and half season ticket memberships for the Bucks’ second season in the world-class Fiserv Forum are available now. For more information on all the benefits and perks to becoming a Bucks season ticket member, or to purchase a membership, visit www.bucks.com/tickets.
Additional highlights of this season’s schedule include:

The complete FOX Sports Wisconsin television schedule and WTMJ Radio slate for the Bucks’ 2019-20 season will be announced at a later date.

SCHEDULE BY DAY OF THE WEEK (HOME/AWAY/NEUTRAL)