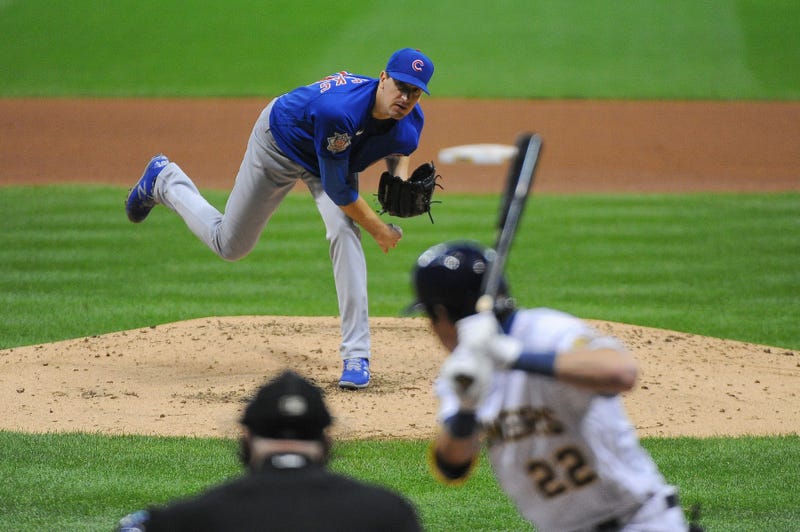 The Milwaukee Brewers and Chicago Cubs battled tonight in game two of the three-game set tonight at Miller Park. Brett Anderson was supposed to start for the Crew tonight but was a late scratch before the game.

Brent Suter ended up being the opener tonight for the Brewers going 3 strong scoreless innings before being removed from the game for Freddy Peralta in the 4th. After a scoreless top half of the 4th for Peralta, the Brewers would get on the board first with a Ryan Braun 2-run homerun.

The score remained 2-0 until the top half of the 9th where the Cubs got to Josh Hader. After getting the first batter he faced out, Baez and Rizzo would both hit singles. After getting ahead on Jason Heyward 1-2, Hader left a pitch right in Heyward's sweet-spot and the Cubs jumped in front after a Heyward 3-run homerun. Ildemaro Vargas also added a solo homerun off of Hader to make it a 4-2 game.

The Brewers were unable to manufacture any runs in the bottom of the 9th after getting the first two batters on. Final score would remain 4-2 in the favor of the Cubs.

The Brewers will look to win the series tomorrow afternoon. First pitch set for 1:10 PM.

Tim Allen recapped Saturday's loss on the Bayview Shade & Blind Postgame Show. Make sure to tune in to The FAN before and after every game for the best Brewers coverage.