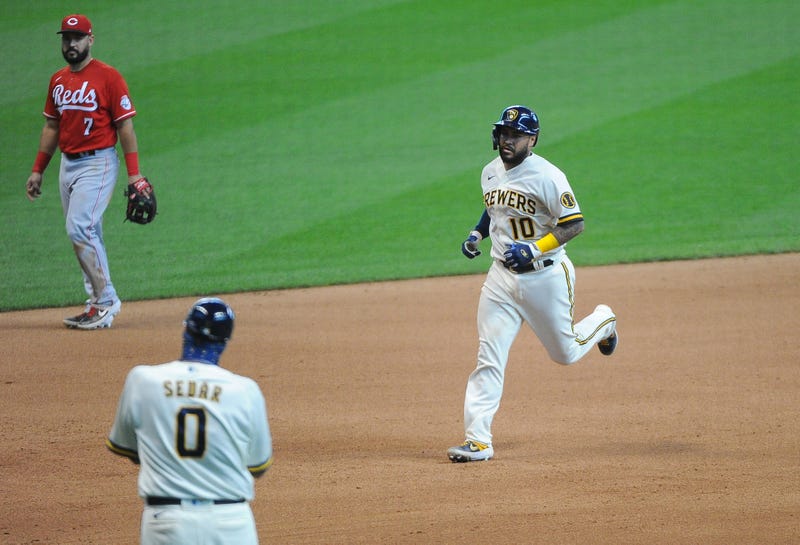 The Brewers were able to only plate one run in Thursday's doubleheader against the Reds.

The lone run of the night came from a solo home run by Omar Narvaez in game one of the doubleheader.

Things got worse in game two as Luis Urias tallied the only hit for the Brewers on an infield single in the 3rd inning. Milwaukee wound up getting shutout in game two of the double header.

Things weren't panning out for the Brewers' starters either. Adrian Houser and Josh Lindblom were charged with both of the losses against the Reds. Houser gave up four earned runs through four innings in game one. Lindblom would surrender two earned runs in four innings for game two.

Tim Allen recapped both games on the Bayview Shade & Blind Postgame Show. Make sure to tune in to The FAN before and after every game for the best Brewers coverage.