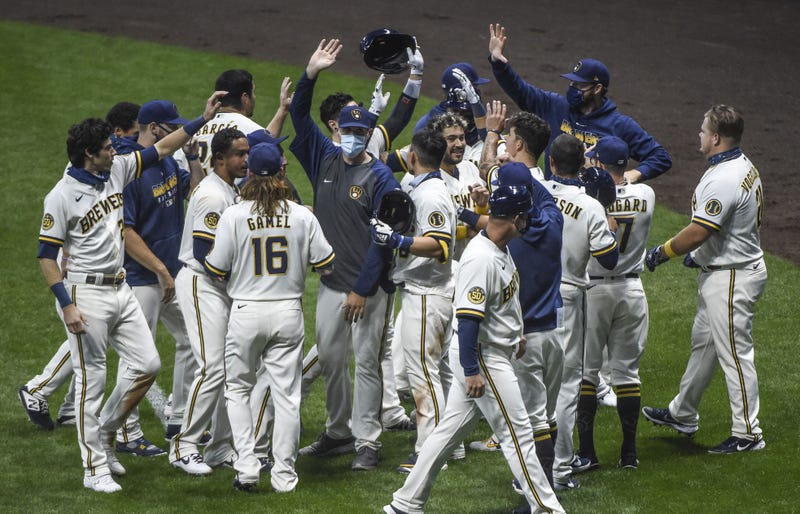 Game one was a pitchers duel that went 7 innings of no runs on either side. Since it was a doubleheader, the 8th inning would start extra innings. The Cardinals were able to get the runner in from 2nd to take a 1-0 lead. The Brewers would answer in the bottom of the 8th as Ryan Braun hit a RBI double to tie the game. One batter later, Keston Huira sent a fly ball deep enough in the outfield to score Avisail Garcia from 3rd base to give the Brewers a 2-1 win in game one.

In game two, the Brewers were on the board first as Jedd Gyorko delivered with a two-run homerun in the 4th inning. The Cardinals were able to get one run back in the top half of the 5th inning as Tyler O'Neill drove in a run on an infield single. In the 7th inning, the Brewers were 3 outs away from a doubleheader sweep but were unable to get the job done as the Cardinals tied the game at 2.

The game would remain 2-2 into extra innings. Both teams were scoreless in the 8th inning, but St. Louis broke through in the 9th as Paul DeJong had an RBI single to give the Cardinals the lead. The Brewers were unable to tie and fell to the Cardinals in game two, 3-2.

The Brewers and Cardinals will play one game tomorrow night before playing another doubleheader on Wednesday. First pitch on Tuesday is set for 6:40 PM.

Tim Allen recapped both of Monday's games on the Bayview Shade & Blind Postgame Show. Make sure to tune in to The FAN before and after every game for the best Brewers coverage.

i'm listening
I'm Listening: How To Deal With Mental Health When Your Parents Don't Understand
news
A Surge in Online Shopping for the Holidays Is Already On
sports
David Ortiz Reveals He Had COVID-19: 'This Is No Joke'
news
WATCH: Ducklings Scamper Single File in ‘Quacktastic’ March Outside Police Station
music
'Elf' Star James Caan Reveals Why There Has Never Been a Sequel to the Christmas Classic
news
‘It Looked Like a Chicken Breast’: Man Finds Brain on Beach