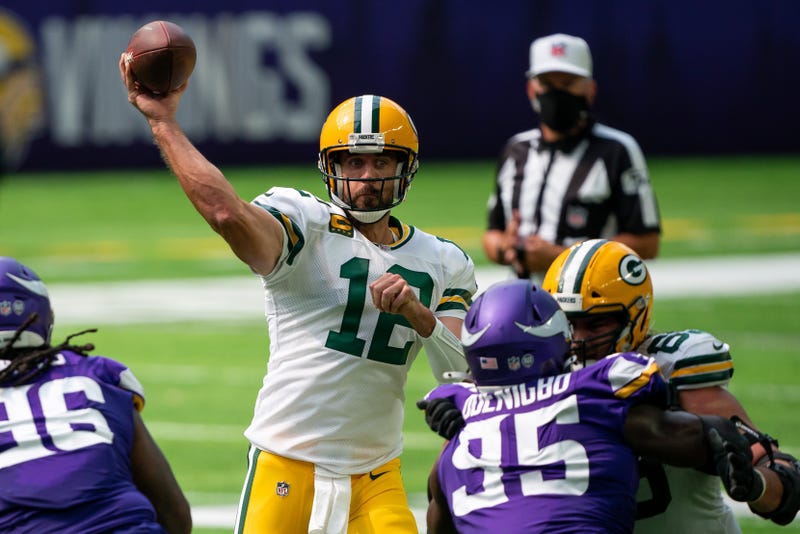 Minneapolis, MN - 2020 has been a weird year for many but things looked as normal as ever from the quarterback position for the Green Bay Packers as the Packers' offense clicked and led them to a 43-34 victory at US Bank Stadium.

Former NFL MVP, Aaron Rodgers, said playing in an empty stadium was "one of the strangest experiences (he's) had" but not having to deal with the usual crowd noise that comes with playing Minnesota had to be beneficial for Rodgers. He was surgical for most of the day as he was 32/44 for 364 yards and four scores. Davante Adams caught two of those touchdowns from Rodgers as part of a monster day for the Pro Bowl wideout. He finished with 14 grabs for 156 yards on the day.

Aaron Jones ran for 66 yards and a score to provide balance for an offense that scored the most points in Minnesota since 2013.

The Packers go to 1-0 and sit atop the NFC North. They will welcome the Detroit Lions to Lambeau Field for their home opener next Sunday at noon.

Check out the Green & Gold Post Game Show with Bill Michaels and Gary Ellerson below!