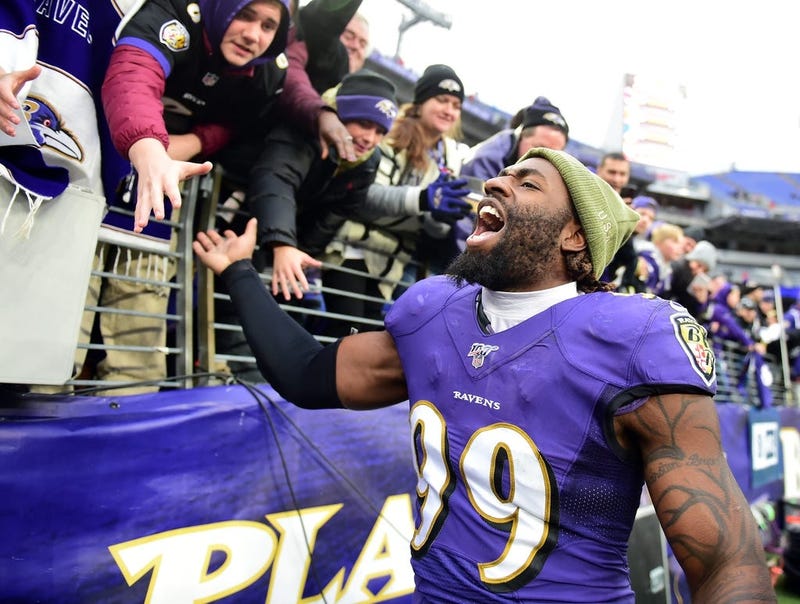 Following a 28-12 divisional round loss to the Tennessee Titans, the offseason has come earlier than expected for the Baltimore Ravens.

John Harbaugh has a young nucleus returning on both sides of the ball, but there are free agent decisions that must be addressed. The Ravens have 23 free agents in total, that are categorized as unrestricted, restricted, exclusive rights, and contract option.

Unrestricted free agents usually contain the most notable players, and that holds true for the Ravens. Among them are Matthew Judon, Jimmy Smith, Michael Pierce, Josh Bynes, and Anthony Levine. Seth Robert is the lone offensive contributor that's not under contract next season.

These players will be free to hit the open market, but the Ravens have the first chance to re-sign them before that happens. In Judon's case, there's a strong chance the Ravens could use the franchise tag if the two sides cannot agree to a long-term deal. Baltimore's leading pass rush will likely be priority No. 1 to keep around this offseason. But decisions regarding Smith, Pierce, Bynes, Levine, and the rest of the group are up in the air.

Skura, the Ravens' lone RFA, suffered a season-ending knee injury in the team's Week 12 win against the Los Angeles Rams. Skura told reporters that he tore his ACL, MCL, PCL, and dislocated his knee cap. That alone will be an extensive recovery for the starting center, but I figured he'll stay around in Baltimore pending his health.

The notable player in this group is Gus Edwards. He's rushed for over 700 yards in his first two seasons, and the former undrafted rookie will be an integral part of the Ravens' offense next season.

Brandon Carr's case is interesting because his future in Baltimore is entirely up to the Ravens. The team could pick up his 2020 option, which would be a cap hit of $7 million. That may seem like a lot with two young starting cornerbacks in Marlon Humphrey and Marcus Peters already on the roster, but Carr is as consistent as they come.