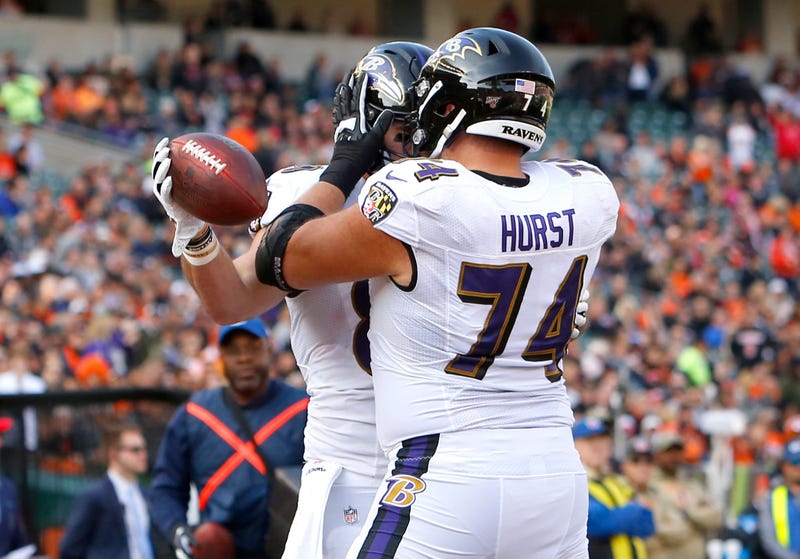 The Ravens decided Monday that both Hayden and James Hurst will not remain with the team moving forward. Although they are no biologically related, the one common denominator is that both Hurst's will no longer be playing in Baltimore.

The Ravens announced the releasing of offensive lineman James Hurst.

Hurst received an opportunity in 2014, when he signed with Baltimore as an undrafted free agent. After rotating positions, Hurst started all 16 games in 2017. Hurst lost his starting role this season, appearing in all 16 games but logging just two starts.

His versatility and experience helped the offensive line tremendously, but the decision to release Hurst comes down to a variety of factors.

Baltimore will save $2.75 million in cap space and will surely need all the flexibility they can receive. After adding defensive tackles Calais Campbell and Michael Brocker, the Ravens are currently over the salary cap and releasing Hurst will relieve the Ravens financially.

Another reason is that Hurst is set to serve a four-game suspension in 2020 after violating the league's substance abuse policy.

Note that the Ravens have already extended offensive tackle Andre Smith for 2020 and with enough depth already, the Ravens will move into 2020 without Hurst.