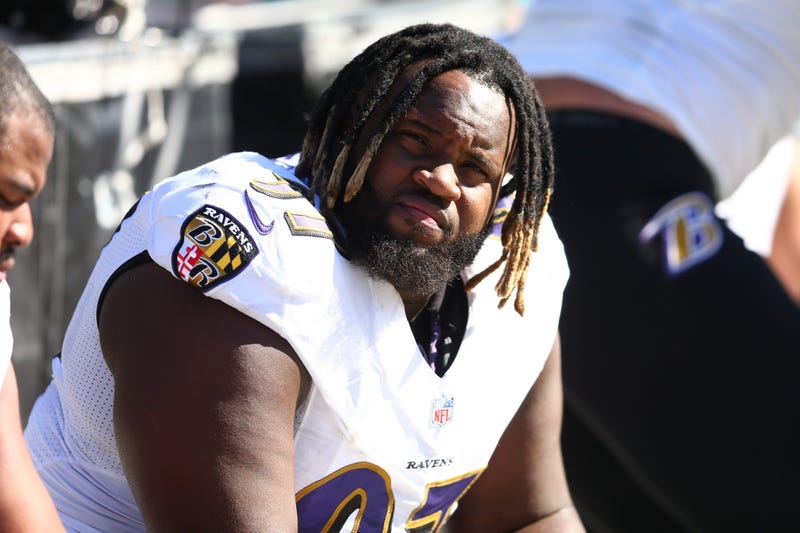 While the news comes as no surprise, Ravens defensive tackle Michael Pierce is moving on after four seasons in Baltimore.

Michael Pierce three-year deal with Vikings is worth $27 million, according to a league source. Nice deal for former Ravens defensive tackle

With the acquisition of Calais Campbell and the signing of Michael Brockers, Pierce fell out of the Ravens plans.

With Brockers receiving a three-year, $30 million contract, Baltimore clearly wanted to add more pass rush along the defensive front. With Campbell able to stuff the run as well as rush the quarterback, Baltimore moving on from Pierce became more and more apparant.

Back in 2016, the Ravens signed Pierce as an undrafted free agent out of Samford and he thrived in the Ravens system, serving a pivotal role against the run game.

Michael Pierce is joining the Vikings on a 3-year deal per @JosinaAndersonPierce: PFF run defense grade of 80+ in 3 of 4 seasons in NFL pic.twitter.com/xuW3EslB1C

During his time in Baltimore, Pierce showed the ability to ruin opposing game plans on the ground as well as command double teams. In four seasons, Pierce registered 90 solo tackles, 13 tackles for loss, and and 3.5 sacks.

In 2019, Pierce saw a slight decline in his play as the Ravens inability to stop the rush came to a head in the Divisional Round loss to Tennessee.

The Vikings signed Pierce shortly after releasing two-time Pro Bowler Linval Joseph. Pierce made sure to thank the Ravens for getting his opportunity and establishing himself in the Purple and Black.

It’s Been AMAZING 4 YEARS BALTIMORE!! Thank You For Embracing An Undrafted NG And Rolling With Me & Support US Through The Journey! My BROTHERS & Coaches I’m Grateful For Everyone Of You Y’all Made Me A Better Player & Person It’s Always Love On This Side! #TheJuggernaut ☔️-- pic.twitter.com/XP0ZuB1hyL