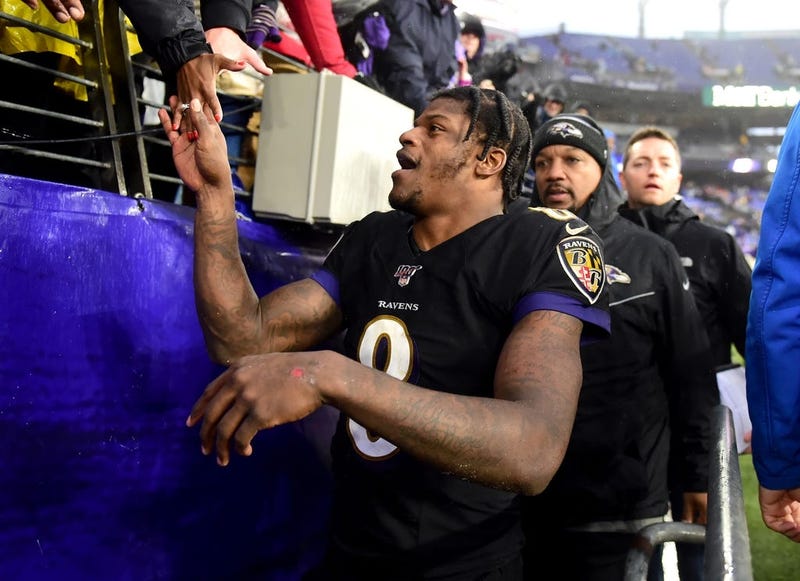 Lamar Jackson could be on his way to MVP honors when it's all said and done, but the second-year quarterback continues to rack up the accolades.

This time Jackson was named AFC Offensive Player of the Month.

During a four game span, Jackson threw for 777 yards and 13 touchdowns.

That was just what he did on the ground.

The Ravens went 4-0 in November with wins over the New England Patriots, Cincinnati Bengals, Houston Texans, and Los Angeles Rams.

The most impressive part is that Jackson hasn't throw an interception since Week 5 against the Pittsburgh Steelers.

The Ravens are 10-2 and have won eight straight games for a reason. A lot of it has to do with No. 8 under center.