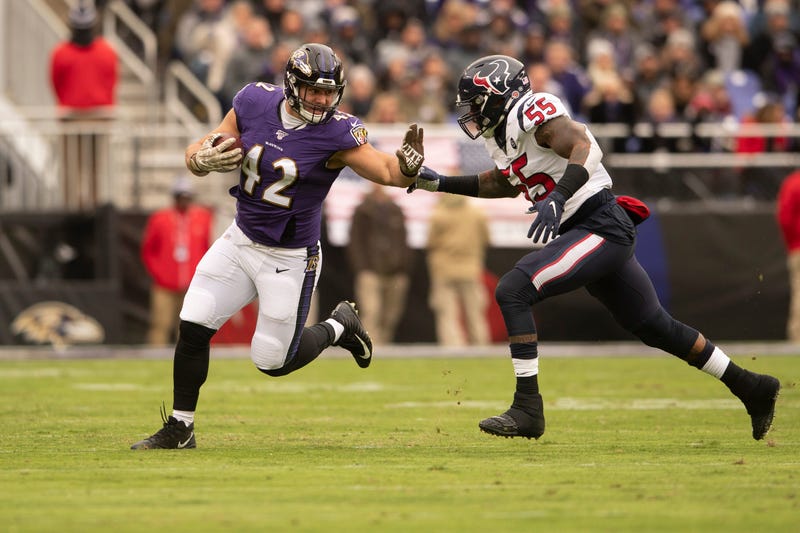 The Ravens offense has been executing at an all-time level.

The league’s leader in scoring offense has shown they can play a variety of ways and almost every aspect involves a heaby-dose of fullback Patrick Ricard. The rushing attack ranks 1st in the NFL, averaging 207.8 rush yards per game.

On Wednesday, the Ravens announced that they have extended Ricard to a two-year, $7.3 million contract and he spoke to reporters.

Patrick Ricard said the significance of his two-year contract extension didn’t set in until he got the signing bonus. pic.twitter.com/qATydT9HDP

According to Ian Rapoport, Ricard’s contract can be broken down more simply.

The #Ravens signed FB Pat Ricard to a 2-year contract extension worth $7.3M, source said. Another way to look at it: He’s slated to get a RFA tender worth $3M+ in 2020 & the extension adds one year and $4M+ to that number — $2M of which he gets in a couple months.

Ricard has made waves this season as a dual-threat sensation: logging snaps at fullback and defensive tackle.

On the season, Ricard has logged 249 snaps at fullback accounting for 29% of offensive plays. On defense, he has played in 18% of all defensive snaps and is also a key contributor in special teams.

Ricard has proven to be a huge aspect of Greg Roman’s run-heavy system and is leading in Pro Bowl votes in the AFC.

Playing at a Pro Bowl level, Ricard looks to continue his dominance this Sunday when the Ravens travel to Buffalo.