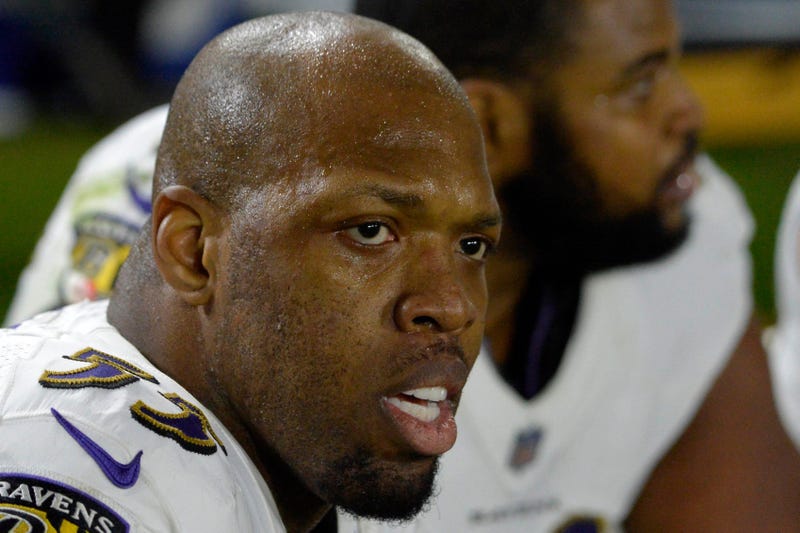 As edge rusher Terrell Suggs gears up for his second Super Bowl appearance, his former team remains on his mind.

The Kansas City Chiefs will represent the AFC, following a 35-24 victory over the Titans. Suggs, 37, registered just one tackle in the victory.

Suggs talked about what was on his mind during a chaotic week leading into the Super Bowl.

“You’re always going to have feelings for your first love,” Suggs stated according to Newsday’s Bob Glauber.

Suggs' first love is the Ravens, who he played his first 16 seasons with. The franchise-leader in sacks and games played will look to add a second ring to his collection and do so with a Chiefs team that "didn't take much convincing" to sign with.

"It also doesn’t hurt to have the reigning MVP, and definitely the best tight end in the game, on your team. Once they got rolling and clicking on all cylinders, we got to have fun out there.”

Suggs has remained humble since his depature from Baltimore, which includes being cut by the Arizona Cardinals.

For the upcoming Sunday, "#55" in Ravens Purple will be wearing "#94" in Kansas City Red. Even though a Ravens legend has a chance to win another Super Bowl, the moment will be bittersweet after the Ravens (14-2) were knocked out of the playoffs.

Will you be rooting for Suggs on Sunday? Let us know at 105.7 the Fan!