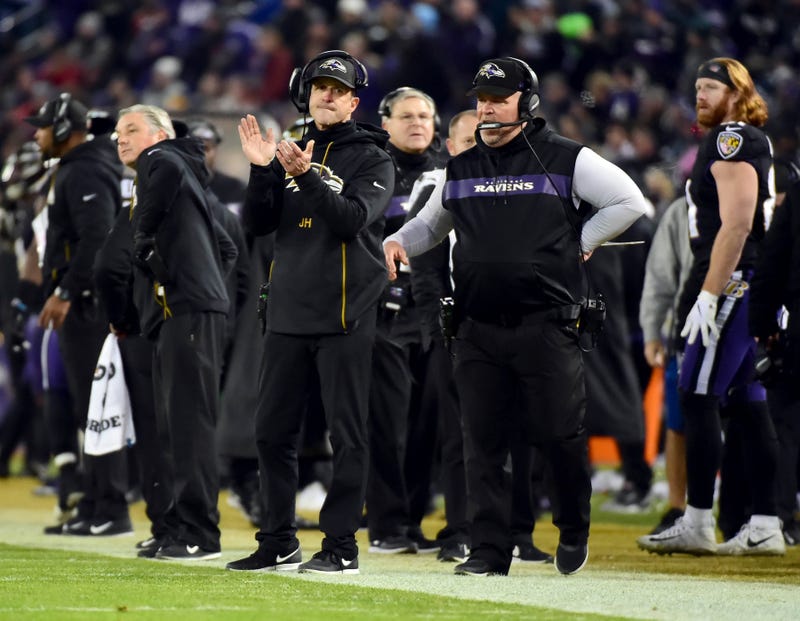 At the start of the head coach hiring cycle, it looked like the Ravens could lose both Offensive Coordinator Greg Roman and Defensive Coordinator Wink Martindale. Fast forward to Friday and it looks like both could be returning to Baltimore for the 2020 season.

If that's the case, then it's a huge win for John Harbaugh and company.

Both coordinators were linked to head coaching vacancies, and rightfully so. The Ravens have excelled on both sides of the ball this season. So naturally, other teams want a piece of the pie. But it hasn't panned out like that.

Martindale interviewed for the Giants job, but New York ultimately went with Joe Judge. Roman interviewed for the Browns job, but hasn't been mentioned among the top candidates when you read the reports. Patriots Offensive Coordinator Josh McDaniels wrapped up his interview today. He, along with Vikings OC Kevin Stefanski seem to be the leaders in the clubhouse, according to ESPN's Jeremy Fowler.

Multiple people around the league, including some who are involved in the Browns’ process, believe Josh McDaniels or Kevin Stefanski will be Cleveland’s next coach. But I’m told the Browns entered search with open mind and want to interview everyone before making decision.

It would disappointing for both Roman and Martindale to come away without a head coaching job. They are deserving of it, in my opinion. But the Ravens surely won't complain retaining both of their coordinators if it pans out that way.

It may just be the ideal scenario.