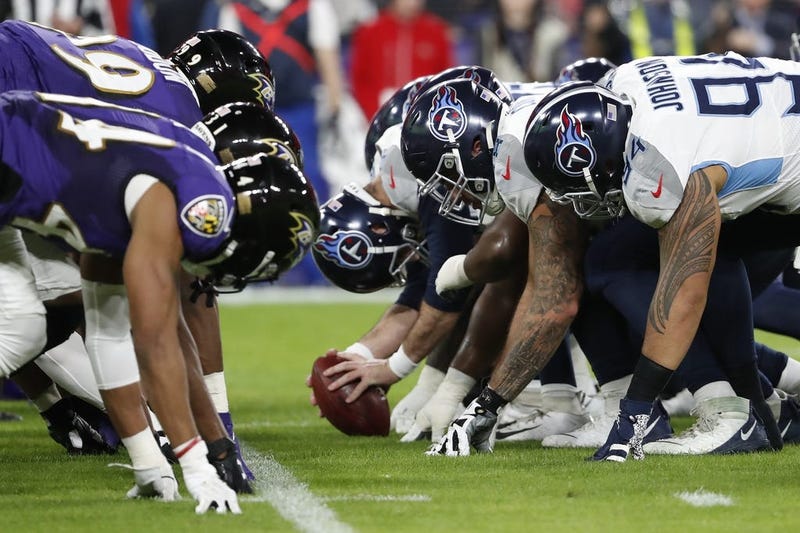 Seth Roberts is the only offensive contributor not signed through next season, but the Ravens need to continue to add weapons around Lamar Jackson.

Marquise "Hollywood" Brown showed flashes of being a legitimate threat in this offense, but the rest of the receiving core was too inconsistent. Miles Boykin is still developing, Chris Moore is an unrestricted free-agent, and Willie Snead is a solid No. 3 option.

It may not be the Ravens' biggest need given their success with the tight ends and in the run game, but as Jackson continues to develop as a passer, he needs an upgraded wide receiver core.

The inside linebacker position played out nothing like we expected. A trio of Patrick Onwuasor, Kenny Young and Chris Board, resulted in Josh Bynes and L.J. Fort.

Fort signed a two-year extension, but Bynes is set to become an unrestricted free-agent. This is a position I expect Eric DeCosta and the front office to add to in free agency or the draft.

Perhaps the biggest need in my opinion, we'll wait to see how this group pans out. It starts with keeping Matthew Judon either through a long-term deal or on the franchise tag.

Losing Za'Darius Smith and Terrell Suggs was combatted by Judon's breakout season, but the Ravens can't afford to lose their top pass rusher two seasons in a row.

As much as Wink Martindale loves to blitz, adding a more consistent pass rush would help the defense as a whole.

Brandon Williams will be 31 this offseason and Michael Pierce will be an unrestricted free agent. Whether he stays or leaves, this is still a position of need.

The Ravens need an interior defensive lineman who can rush the passer. As great of run stuffers that Williams and Pierce are, they don't generate much pass rush on the interior.

Some would argue this is more of a need than pass rusher. It might seem far fetched to say given the young talent with this group, but potentially losing Marshal Yanda would have a significant impact.

Matt Skura isn't a guarantee to be ready at the beginning of the season and Yanda's potential retirement would leave a hole at right guard.

Do the Ravens want to role with Patrick Mekari and Ben Powers? It's certainly possible but I wouldn't be surprised to see more interior lineman added in the draft. That's been Baltimore's bread and butter throughout the years.

The Ravens got little-to-nothing in the return game from Cyrus Jones and De'Anthony Thomas throughout the season.

John Harbaugh is a special teams coach at heart, and I'm sure he recognizes the same issues. I wouldn't be surprised to see the Ravens address this in the offseason.