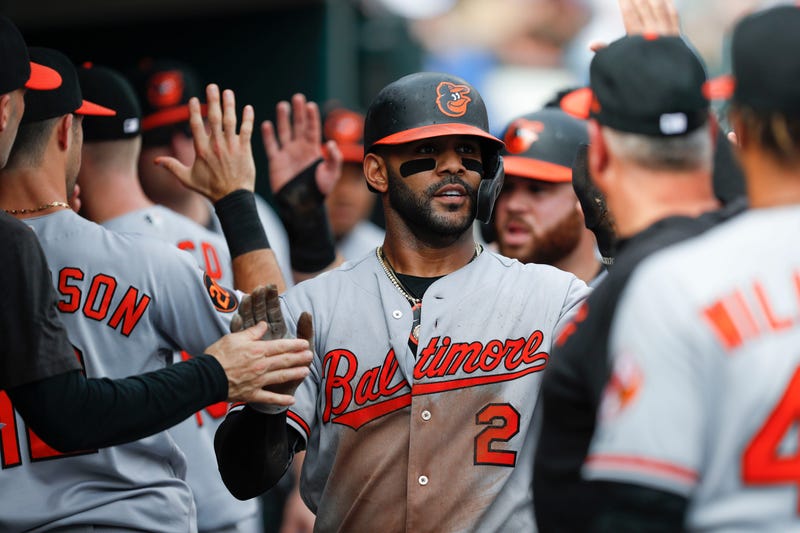 As we head into the second year of a full on top-to-bottom rebuild for the Orioles it seems that some fans have forgotten what the new business model looks like. Last week, when news broke that the Orioles planned on placing Jonathan Villar on waivers after leading the team in hits, hitting 24 homeruns and adding 40 stolen bases while playing all 162 games in 2019; fans were upset. It’s a bad look but this is just one of many impending decisions that will be tough pills to swallow for the fanbase.

The Orioles were on the verge of letting Villar pass through waivers and non-tendering him to allow him to become a free agent but the phone started to ring about 3-4 hours before the 8pm deadline to tender players who are arbitration-eligible. That’s when the birds found a trade partner. They ended up trading Villar to the Miami Marlins in exchange for left-hander Easton Lucas. This deal is more about what they saved instead of what they received. The Orioles have made it clear that this will be a multi-year rebuild and carrying a player with a salary of over $10 million isn’t part of that business plan. It’s good they got something for Villar instead of just letting him walk for nothing. The Orioles have apparently heavily scouted Easton Lucas ahead of the 2019 draft where the Marlins selected him in the 14th round. Lucas pitched to a 3.98 ERA and 1.11 WHIP in 12 games, including nine starts, for short-season Single-A Batavia. He walked nine batters and struck out 40 in 31 2/3 innings. The bottom line: Villar wasn’t expected to be a part of the future team they hope to be a contender so they needed to clear the money off the books while also receiving a player they feel has decent potential as a back-end starter.

There will be more tough decisions made over the course of this rebuild that fans won’t agree with at the time but if it ends up paying off with a perennial contender than it will all be worth it. The plan is to reduce the major league payroll to instead use that money to invest in their minor league development. That’s where the talent is. That’s where the future of the organization is.

The Orioles tendered contracts to Dylan Bundy, Mychal Givens, Trey Mancini, Hanser Alberto and Miguel Castro yesterday to avoid arbitration but that doesn’t mean any of those players are safe from getting traded. Mancini is the least likely because the Orioles hold him in a very high regard but everything is always about “right player, right price”. Givens and Castro have been mentioned in the past as possible trade chips and in the past few weeks Dylan Bundy’s name has been in the mouths of a lot of GM’s around the league according to Mike Elias during Tuesday's conference call with local media.

“Dylan’s a really good starting pitcher, had a good year for us, a good step forward for us, and has a lot of potential,” Elias said. “He’s got four pitches, he strikes out a lot of hitters, as good a competitor as there is out there and there are a lot of teams looking for pitching right now and so he’s a popular guy in that respect. And as I’ve said all along, we have conversations about any of our players on the major league roster.”
“That’s just where we’re at right now in our organization. And his is a name that I hear often. But until a trade is done or if it ever comes, he’s a part of our team, part of our rotation, and we look forward to seeing him in Sarasota.”

It’s easy to get attached to the players that perform well on a poor team but as fans we have to keep in mind that this will be a process and most decisions - if not all decisions – are made with the future in mind…not the present. So strap in, get ready for more controversial roster moves in the future and remember that it took the Astros seven years to turn their rebuilt franchise into World Series Champions. We haven’t even started year two of the Baltimore rebuild yet.