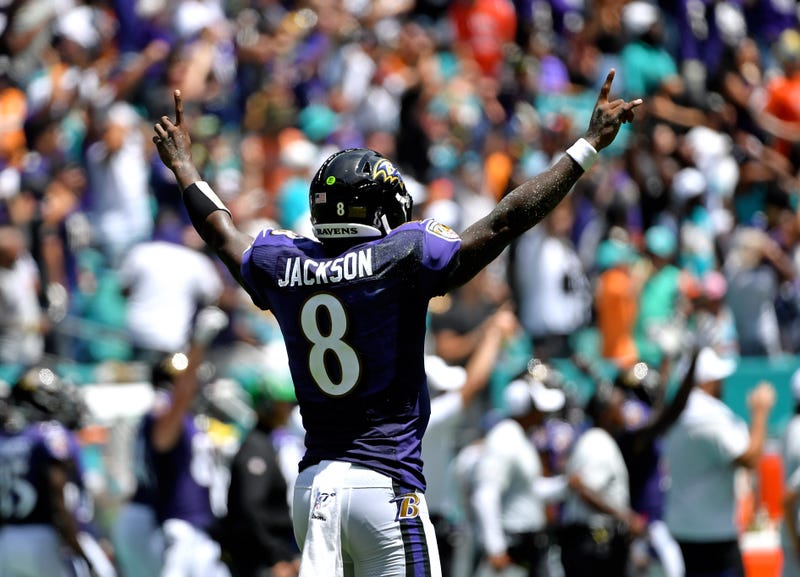 The Baltimore Ravens enter Saturday night's divisional matchup with the Tennessee Titans owners of the leagues best record of 14-2 for a variety of reasons but a common theme is fast. Lamar Jackson runs fast and the team starts fast when he's at quarterback.

Lamar's first drive as the Ravens starting quarterback resulted in a touchdown run by Alex Collins against the Bengals in week 11 of the 2018 season. He went on to lead the Ravens to a 6-1 record and a playoff berth by scoring on the first drive of the game in five of his seven regular season starts.

Three of the five scoring drives on the first drive of the 2018 season were field goals. They couldn't get on the board early in their wild card matchup with the Chargers as they punted on the first drive and didn't score until a field goal from Justin Tucker in the third quarter.

This season they have been even better by scoring on the first drive in eleven of their sixteen games with eight of those drives resulting in touchdowns. Not only have they scored early and often but once they have the lead it's been nearly impossible to come back on them. Only the Chiefs, Steelers (twice) and Seahawks took a lead against the Ravens after Lamar lead them to an opening drive score but Baltimore still went 3-1 in those games. They score fast. They can grind you down to a pulp with their in-your-face running game or they can have Lamar sit back and dice you up from the pocket. Once they have a lead, they have control.

Credit to Greg Roman's scheme and John Harbaugh's philosophy. Most offensive coordinators run a scripted "first 15", or however many plays they want to run early in the game. Roman has built this offense around Lamar's versatility and his opening drive play-calling reflects that. They've had a balance of run and pass heavy attacks on their opening drives this season and the results speak for themselves. We also can't overlook coach Harbaugh's aggression in goal-to-go and fourth down scenarios. That aggressive philosophy trickles down throughout the entire team.

Scoring fast on Saturday night is just as important as ever. The Tennessee Titans have had Ryan Tannehill as their starting quarterback since week 7 against the Chargers. In that span, the largest deficit Tannehill has overcome to lead his team to a victory was 10 points. In 2019, no team has overcome a 10 point deficit against the Ravens and won the game.

Do I think the Ravens are in trouble if they don't get off to a fast start? Not really but if they do score early, fans should feel confident in the Ravens taking home the W.