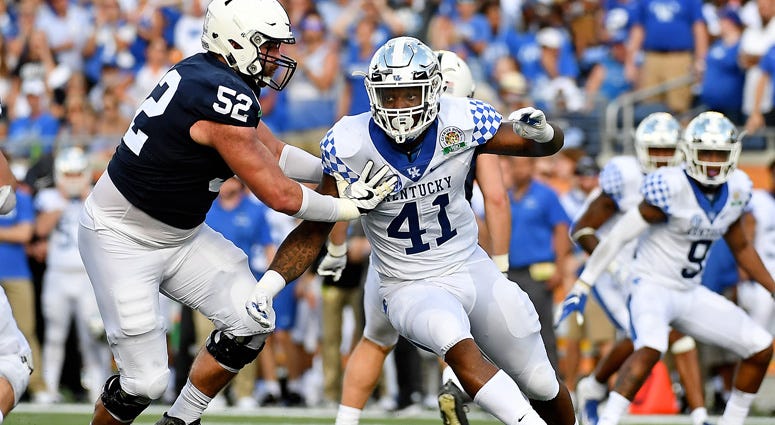 For the second consecutive week, the Ravens (10-2) will face off with a playoff team as they travel to Buffalo.

The Ravens will look to continue their dominating play against a tough Bills team, who is 9-3 and battling for the AFC East crown.

While the Bills defense will have their hands full, so will the Ravens.

Bills quarterback Josh Allen draws similiarities to Ravens quarterback Lamar Jackson. Both Allen and Jackson were first-round draft picks in 2018. Both quarterbacks were critiqued during the draft for their ability to read defenses and presence within the pocket. Although Jackson's athleticism is miles above most NFL players, Allen's ability to scramble keeps opposing defenses on edge.

Both quarterbacks have done one thing consistently: win.

For the Ravens defense, containing the Bills quarterback should be the main priority ahead of Sunday's matchup in Buffalo.

In 12 games, Allen has rushed for 93 carries for 430 yards and eight touchdowns. Allen's scrambling is different from Jackson in that his rushes are off-script. While Jackson has designed runs, Allen has a tendency to take what oppising defense give him and will rush for first-downs.

Last week, Allen threw for 231 yards a TD yet it was his feet that stunned the Cowboys on Thanksgiving. Allen burned the Boys in the redzone, and accumulated 43 rushing yards and a TD. In his last six games, Allen has either ran for more than 40 yards or a rushing TD.

In Week 2, the Ravens defense held Kyler Murray to just four yards on three carries. The defense has improved drastically since the Ravens last lost in Week 4.

The Ravens defense has been stout against the run for the majority of the season. The unit ranks sixth in the league in rush yards allowed, surrendering just under 95 yards per game.

The Bills, similarly to the Ravens, hang their hat on the run game. Although the Ravens have multiple players to burn you in the backfield, the head of the snake in Buffalo is Allen. The Bills ability to move the chains relies heavily on Allen, whether throwing or rushing.

Martindale's decision on how to contain Allen will be worth noting Sunday. In any scenario of a Ravens win, it's difficult to think that stopping Allen isn't the focal point.