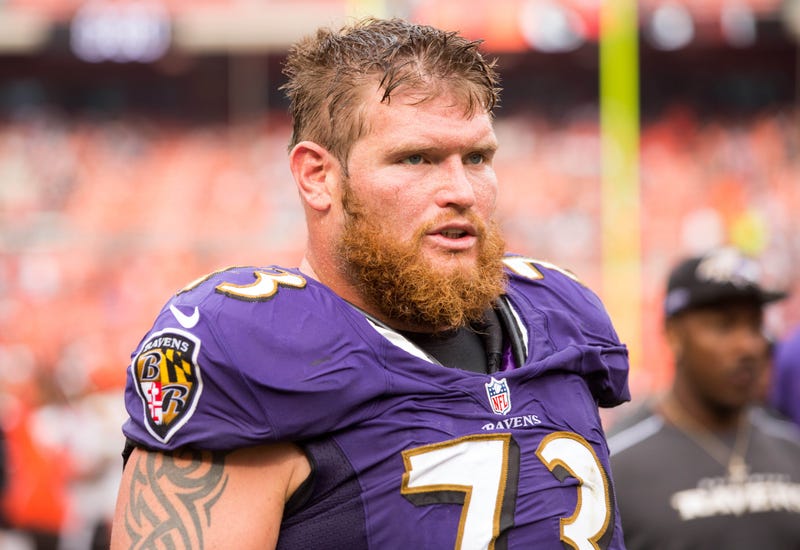 Have we seen the last of Ravens guard Marshal Yanda?

The 35-year old veteran made 15 starts this season, providing a leadership boost across the offensive line. With his 13th season in the books, many have to wonder if Yanda will continue playing in 2020.

Following the Ravens 28-12 loss to Tennessee, Yanda did not answer questions about his retirement yet dicussed a much different matter.

Yanda on Titans' Jeffery Simmons: "I had that guy spit in my face. I just want to put him on notice in the media. I’ve never done this in my career, but I just want to let you know that there’s a right way and a wrong way to play football. That guy did not do it the right way. "

Yanda claimed that rookie defensive tackle Jeffery Simmons "spit in his face." It is unsettling to think Yanda's last game in the league would include such brash behavior.

The Ravens drafted Yanda in the third-round of the 2007 Draft and has compiled a Hall of Fame career with Baltimore.

During his career, he has played an entire 16-game season six times. Since 2011, he has been a eight-time Pro Bowler as well as making seven All-Pro teams.

With 166 career starts, countless honors, and a Super Bowl championship, Yanda has been a staple of the Ravens success for more than a decade.

Yanda proved he could still play at the top of his game following a broken ankle in 2017. Since, he has started 33 games and made two Pro Bowls.

While we will have to wait for Yanda's decision for 2020, we do not have to wait to speak highly of a Ravens legend.