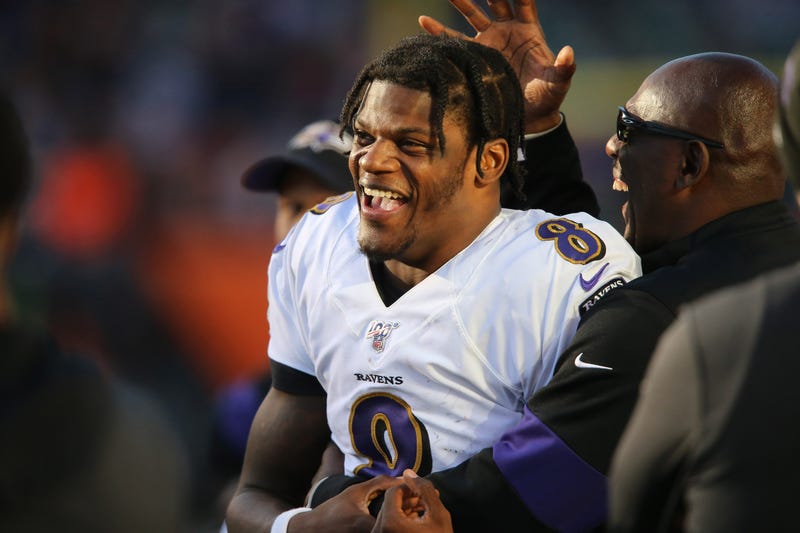 At 7-2, the Ravens can seemingly do no wrong. Winners of five straight, opponents are having a tough time game planning for the Ravens unique offense while also struggling to put points on the board.

Despite all the criticism, quarterback Lamar Jackson has led the charge during the five-game winning streak.

In the Ravens 49-13 victory over Cincinnati, Jackson accounted for 288 scrimmage yards along with four total touchdowns. His lone rushing touchdown has been shown on practically every television across the country.

The Ravens have dominated their opponents, outscoring them 116-49 in the past three games. And it’s not just the domination, but how much fun the Ravens are having as they dominate.

Jackson and company have constantly been laughing on the sidelines and for good reason. The Ravens lead the league in scoring offense, compiling 33.3 points per game. Mark Ingram has helped lead the Ravens to the top ranked rushing attack, leading the team with eight rushing touchdowns as well as five yards per carry.

On the sidelines in Cincy with a commanding lead, Jackson and several skill position players were seen sporting sunglasses.

Every week, the offense seemingly adds another dimension under offensive coordinator Greg Roman. On Sunday, the Ravens ran out a triple-option look with three former Heisman winners. On the play, Jackson faked a handoff to Ingram and pitched to backup quarterback Robert Griffin III.

.@Ravens are calling this “The Heisman Package.”@Lj_era8, @RGIII and @markingram21 all in the backfield. pic.twitter.com/xNC2u5ZYgn

Jackson called the play with he, RG3 and Ingram in the backfield the “Heisman package.”

Mark Ingram won the Heisman trophy in 2009 as an Alabama running back while Griffin III would win the award two years later for Baylor. Jackson won the Heisman five years later in 2016 and the trio made for a scary task for the opposition. Even head coach John Harbaugh had fun tlking about the Heisman package in the postgame.

"Is winning a Heisman a requirement to be in that package?""To be in the Heisman package, yeah." pic.twitter.com/TX3h1atjWo

To add some personal fun, combining the trio rushing stats made for video game numbers. In their Heisman seasons combined, the three current Ravens compiled 3,929 rushing yards and 48 rushing touchdowns. Safe to say, that’s a ton of talent in one backfield.

The Ravens will look to bring their exciting play back to Baltimore this week when they host the Houston Texans.

With the Texans, the Ravens will also have to prepare for a dual-threat quarterback with hopes of an MVP and long playoff run. Deshaun Watson has been terrific all season but with the way the Ravens are surging, Sunday may be just another fun day for Baltimore.