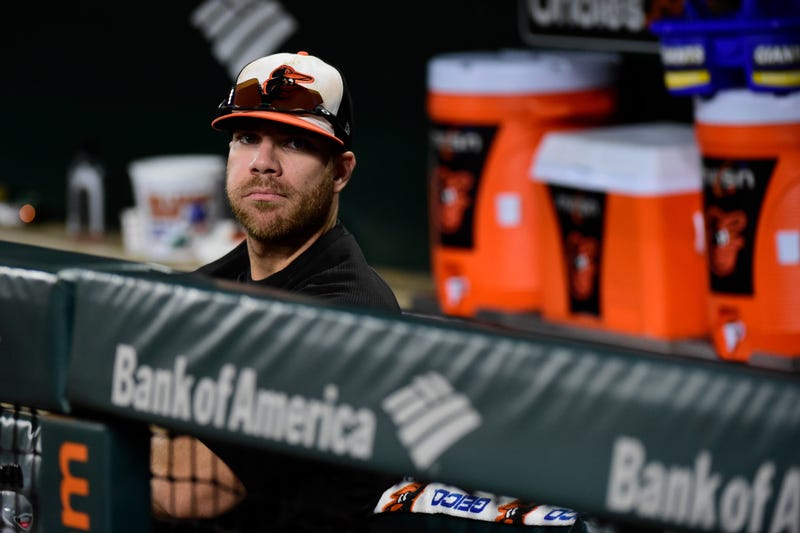 Chris Davis' lucrative seven-year contract has been the center of jokes regarding the Orioles since 2016.

Davis, 33, has seen a well-covered decline in his production since 2016. It's no secret that the struggling Davis has lost himself at the plate. In the last four seasons, Davis has struckout 745 times with a .198 batting average.

Still with three years (and roughly $63 million) left on his deal, Davis considered retirement this offseason.

Davis said he talked to his wife, Jill, toward end of season about walking away from game. Said he can't continue to be a "well below average player." Said will have same conversation at end of this season if he doesn't improve his production. #orioles

"And I don’t think, honestly, it’s fair to our fans, or to anybody that’s associated with Baltimore. But I still think that there is something left in the tank and I think that that’s really a conversation that we’re gonna have to have at the end of this season." https://t.co/i7JvsL1Rgc

Surely his production doesn't resemble a player that "has something left in the tank." In 2019, Davis batted a lowly .179, tallying just 12 home runs and 36 RBI.

The power-hitting Davis has been anything but for the rebuilding Orioles, yet he and the team are hopeful 2020 is different.

Chris Davis has put on 25 pounds of bulk, has a clear mind, and vows to be far more aggressive at the plate...Our fingers remained crossed for one of the good guys in baseball. #Orioles pic.twitter.com/9N9VOdpNl4

In an ideal world, Davis can bounce back as a legit power presence with added muscle and a refreshed mindset.

Orioles manager Brandon Hyde stated that Davis "looked great. Came to camp in great shape, took a nice BP out there in the stadium. The ball really came off his bat. Loved the way he came in.”

With younger prospects ready to emerge in the big leagues such as Ryan Mountcastle, Davis' time in the starting lineup is dwindling and only a strong 2020 campaign can salvage his reps.