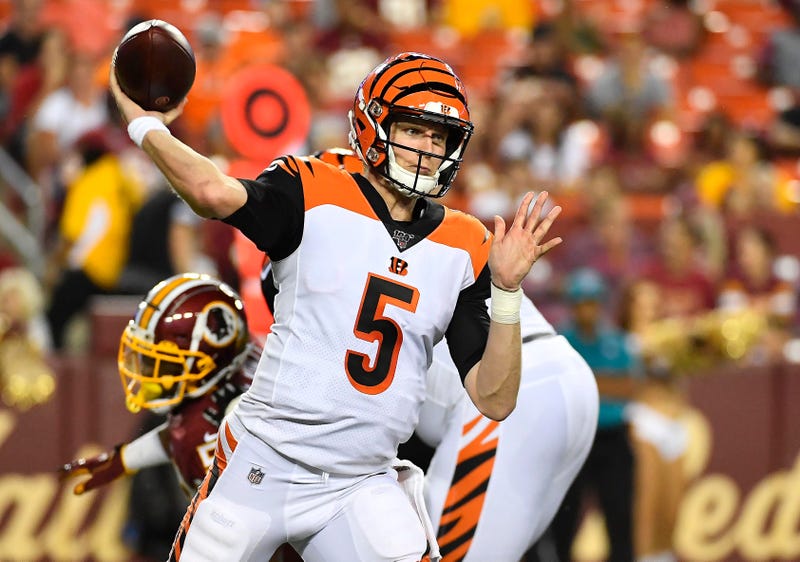 The Ravens will travel to Cincinnati Sunday’s among many new faces. The Ravens defeated the Bengals 23-17 in Week 6, but this will be the first time in Cincinnati without head coach Marvin Lewis since 2003.

Additonally, it will be the Ravens first road game in Cincy without Lewis and quarterback Andy Dalton starting since 2010.

Rookie quarterback Ryan Finley will make his NFL debut for the winless Bengals (0-8) against a veteran defense.

The Ravens will go out Sunday and play their style of football. Before they do, lets take a look at Finley’s style of play and what to expect this weekend.

The 6’4, 215 pound Finley transferred to North Carolina State where he became a three-year starter. At NC State, Finley produced tremendous numbers within the ACC. He threw for more than 10,000 yards and 60 touchdowns along with a 64.5% completion percentage.

Finley’s accuracy will no doubt travel with him to the pros. His completion percentage progressively improved in each of his three seasons at NC State. As a junior, Finley protected the football and threw 339 passes without an interception.

All that said, Finley’s inability to perform against upper level competition has been a huge question mark for him. Against Clemson and Texas A&M last season, Finley completed 60% of his passes yet threw four interceptions and just one touchdown.

Finley has shown to be susceptible to managing games and an inability to win games by elevating his teammate’s production.

Martindale said they watched Ryan Finley’s preseason tape and college tape. Joked that they debated going back to tape of him in high school rivalry games.

Although the Ravens will face a rookie in his debut, cornerback Marcus Peters is taking nothing for granted.

Ravens CB Marcus Peters on facing Bengals QB Ryan Finley, who is making his NFL debut: “He’s in the league for a reason. We have to go out there like we’re preparing for (Tom) again.”

Finley will not be the only Wolfpack quarterback starting this Sunday, both Russell Wilson and Jaocby Brissett will be in action.

On Sunday, Finley’s progression within the NFL will be on full display with rookie head coach Zac Taylor.

With wide receiver AJ Green officially out, Finley will look to outperform an experienced secondary with his top receiver being Tyler Boyd.

With AJ Green declaring that he won’t play against Baltimore on Sunday, that puts Tyler Boyd back in Marlon Humphrey’s crosshairs. Humphrey held Boyd to 3 catches for 10 yards in the last game. #Ravens

A formula of a rookie head coach and rookie quarterback in his debut game is set for disaster and the Ravens will look to take advantage and improve to 7-2.