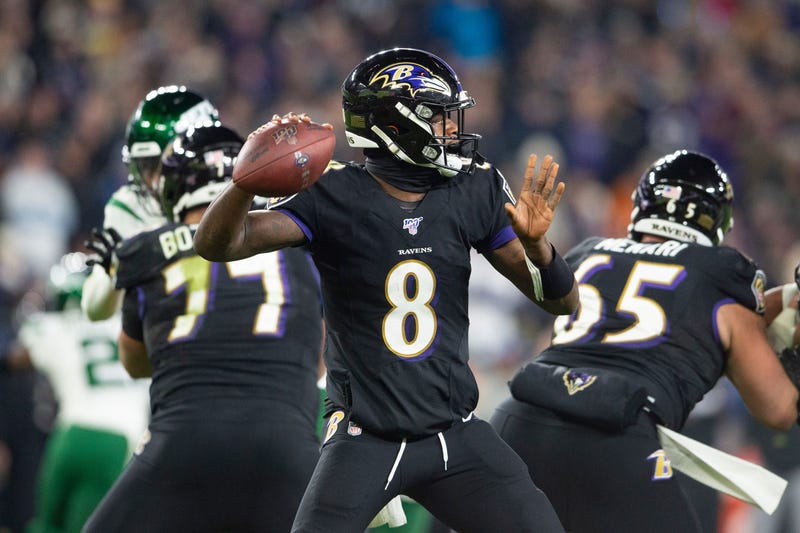 Although much of the talk leading up to the Ravens divisional matchup has been about Mark Ingram's availability, there are three keys to a Ravens victory.

Mark Ingram is offically listed as questionable ahead of Saturday's playoff game in Baltimore. Establishing a lead and setting the pace is most important for the Ravens.

Regardless of who is playing, Baltimore needs to set the tone early and jump on the Titans.

The Ravens possess the NFL best rushing attack and rank first in scoring. A nationally-debated theme has been whether or not the Ravens will stop Titans running back Derrick Henry. Henry led the NFL with 1,540 rushing yards and torched the Patriots last week to keep Tennesse alive.

This Ravens team is head over heels more talented than the Patriots team who were eliminated in the Wild Card round. Maintaing long drives, establishing the run, and keeping Henry off the field will lead to a Ravens victory.

Baltimore has the luxury of Lamar Jackson behind center. The MVP favorite proved this year that he could be a legit dual-threat option, passing for 36 TDs and running for 1,206 yards.

In Wink Martindale's defense, blitzing is a main cog to the success of Baltimore. Tennessee quarterback Ryan Tannehill has been exceptional against the blitz, posting a 120.3 passer rating. That being said, Tannehill has yet to face a secondary as talented than Baltimore.

All-Pro cornerbacks Marlon Humphrey and Marcus Peters, as well as Earl Thomas, need to play sound, physical football when their teammates pressure Tannehill. Forcing Tannehill to make quick decisions against a playmaking defense is recipe for a Titans disaster.

The Ravens may have heard the doubters after last year's early playoff exit to the Chargers. This Ravens team is much different, and more talented, than a season ago.

A young Baltimore team will need to remained poised early. Veterans such as Ingram and Thomas need to guide the young players in the playoff atmosphere.

Thankfully, the Ravens rush offense and stifiling run defense should provide all the momentum they need to advance to the AFC Championship.

What's your final prediction for the Ravens-Titans matchup?