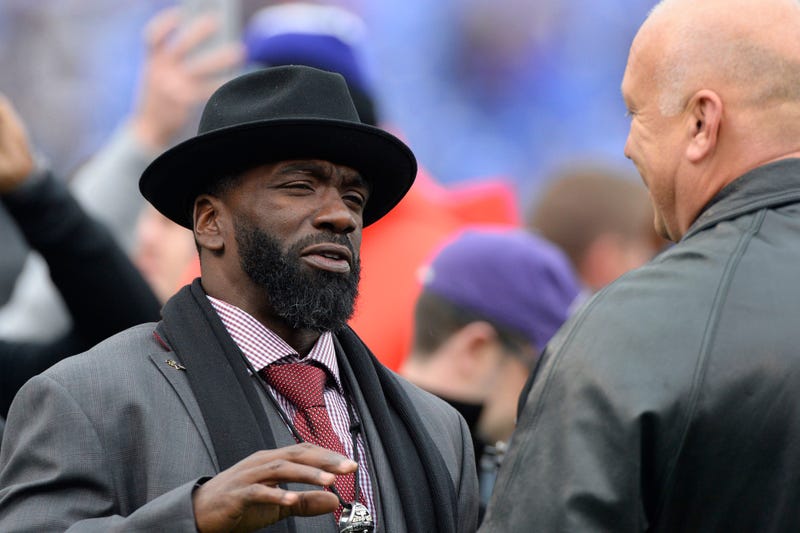 The NFL Hall of Fame is made up of legends of the game and the small class gets a bit bigger every year.

“Ima take this one back to the crib, u heard me?”Ed Reed best defensive player of all time. pic.twitter.com/6ZgzLhesKP

Safety Ed Reed played 11 seasons in Baltimore, broke countless records, and won many accolades. He made First Team All-Pro five seperate seasons. In 2004, he led the league in interceptions and won the Defensive Player of the Year.

To go over all of Reed's records would take all day. His legacy of hard hits, ball hawking, and pick-6's will never be forgotten. Now all that's left for Reed to accomplish is making the Hall of Fame.

In his first year of eligibility, Reed remained humble when speaking of his chances.

Ed Reed is staying humble with his Pro Football HOF nomination: "Just being in that talk is enough for me" --(@ford) pic.twitter.com/RyNuBQ0iO2

Reed showed praise to fellow safety Steve Atwater. "If I get in and he (Atwater) doesn't get in, I'd rather give my space to him." Atwater played most of his career with the Denver Broncos and made up a fearful secondary with Dennis Smith.

It was odd hearing Reed saying "it was never about the accolades." The reason the statement was weird was because of how many accolades Reed obtained in his career.

"Ed Reed had a flair for making the best play of the game." pic.twitter.com/3y3Mt0HZr3

Saturday will be the day we find out if Reed will be inducted in 2019. For the latest news, be sure to stay in touch with 105.7 The Fan.