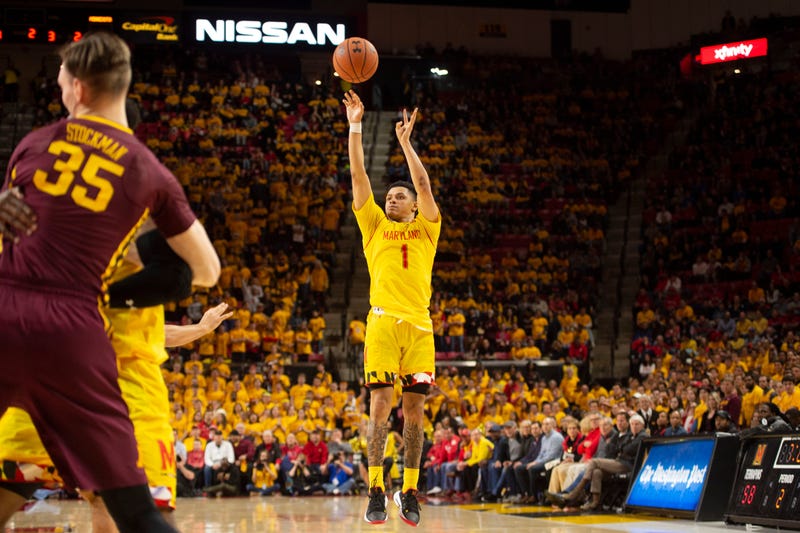 Looking at Maryland’s roster, one thing stands out.

With five freshmen the Terps boast one of the youngest rosters in college basketball. First-year talents like Jalen Smith, Aaron Wiggins, Eric Ayala, and Ricky Lindo Jr. have had an immediate impact on Maryland’s success this season.

This afternoon, No. 6 seed Maryland faces its toughest challenge yet. A matchup against No. 11 seed Belmont in a win-or-go-home scenario.

The Bruins are riding the momentum of an 81-70 opening-round win over Temple. One of college basketball’s top mid-major teams is destined to make a deep run in the tournament.

Anthony Cowan and Bruno Fernando will have something to say about that.

Maryland’s veteran leaders – a junior and sophomore – will be crucial to the Terps’ success. They lead the Terps to a 22-10 record and their first tournament appearance since 2017 and they’ll be tasked with leading a young squad on a deep run.

Cowan led Maryland with 16 points per game this season and averaged 4.3 assists along with 3.7 rebounds. He’s taken over games and can’t afford to go cold from the floor.

Mid-major teams like Belmont don’t have the size Fernando possess.

With it, he can control the paint.

Your confidence might not be running high after watching the Terps falter at the end of the season but if Cowan and Fernando can be at their best, Maryland could make a run in the East Region.