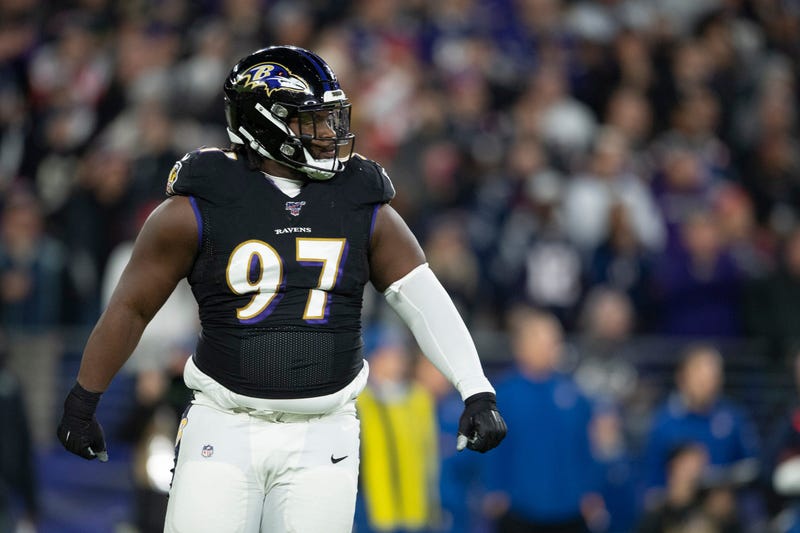 Pierce suffered an ankle injury on the first defensive play. He attempted to push through but lasted just two plays.

"I would say he's day-to-day right now,"  John Harbaugh said.  "Nothing serious, it won't be a long-term injury, which is good news, based on the MRI today.  There is a chance he'll play on Sunday.  We'll just have to see how he does."

"Brandon [Williams] was the guy.  Zach [Sieler] fought in there and got better as the game went on.  He played well in the second half. 'Worm [Chris Wormley] fought through there and had a lot of good plays.  And like anything, [there were] probably plays he'd want to have back, too, and improve upon.  But Brandon was a force.  Brandon kind of took it upon himself to get that run stopped, especially in the second half.  He played a lot of plays, played super hard, very physical in there. We needed him to, and he did a great job with it."

CB Iman Marshal is coming off of IR this week and with the depth at secondary right now, it looks like his role will mainly be on special teams, an important need right now.

"Yes, that'd be a possibility.  That's something we're discussing now," Harbaugh said.  "This would be the week for him to come up.  We plan on bringing him up.  So, whether he's active or not just kind of depends on how the roster shakes out.  He has practiced well.  He looks healthy, and hopefully he can contribute to us.  I do agree with you.  That's an area that could use some bolstering, personnel-wise, so that's one option for us."

Ravens special teams gave up a total of 95 yards on kick returns against Cincinnati.  Bengals' safety Brandon Wilson averaged 31.7 yards per kick return.  In Week 6 Wilson also had the opening kick off touchdown return for 93 yards that put the Cincinnati on the board first.  Baltimore gave up 142 yards on kick off returns in that game.