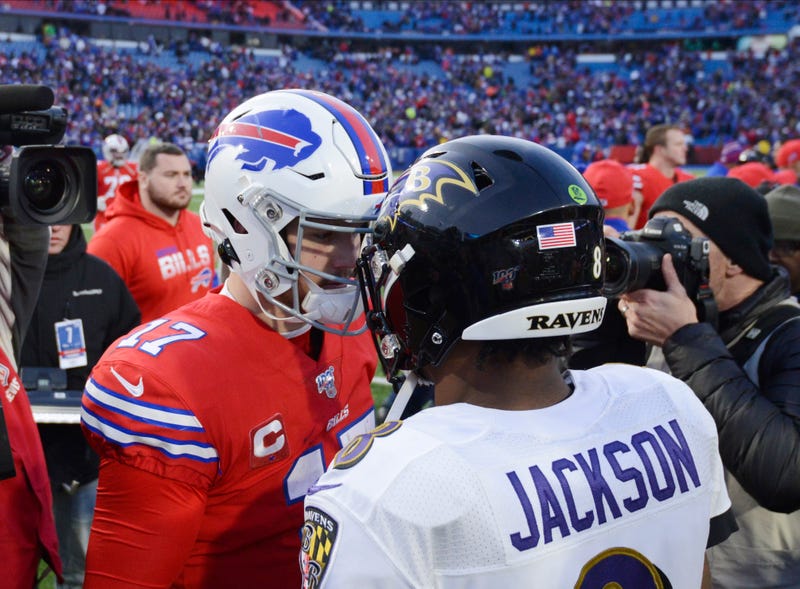 Fan listeners no Jerry Coleman holds some strong opinions, some of which rub people the wrong way, but his comments about the Buffalo Bills and the city they call home may be some of his most controversial. In began in December of 2019 before the Ravens played the Bills in a regular season matchup. Coleman went on the airwaves and questioned a tweet by a Bills fan named Del Reid, who disagreed with a list of possible Coach of the Year candidates that was missing Bills Head Coach Sean McDermott. Before we go any further, Del is the co-founder of 26 Shirts, a project that helps families and charitable foundations in need through t-shirt sales, and the Bills Mafia movement. Jerry then questioned why Del was a verified user on Twitter and called Buffalo a "city of losers."

Of course people in Western New York didn't take kindly to Coleman's words, but like the saying goes, "no one circles the wagons like the Buffalo Bills." Instead of firing back at Jerry on Twitter, Bills Mafia rallied together and donated money to the Alzheimer's Association in honor of Jerry and his mother, who was fighting the disease at the time. Altogether, Bills fans came up with close to $1,000 dollars worth of donations.

Fast-forward 13 months: the Ravens will meet the Bills this Saturday night in Buffalo in the AFC Divisional playoffs. As soon as this matchup was set, the war of words between Jerry and Bills Mafia began again. Some had forgot about Jerry's digs at Buffalonians, but many more were ready to prove to Jerry that the City of Good Neighbors was also a city of winners. At the same time, it seems in the months since his harsh words, Jerry's heart had grown three times it's size and he was willing to bury the hatchet with Del Reid, the Bills Mafia, and the city of Buffalo. Del was kind enough to join the Big Bad Morning Show on Wednesday and discuss a bet that Jerry had made with him for the game via Cameo. If the Bills win, Jerry donates $260 to the P.U.N.T. Foundation, a charity that assists families in Western New York with practical, financial and emotional support as they deal with pediatric cancer. If the Ravens win, Del will donate $260 to the BrightFocus, a foundation that helps support research to end Alzheimer's disease, macular degeneration, and glaucoma.

Of course Jerry and Del are hoping their respective side moves on to the AFC Championship, this friendly wager between former enemies ensures people in need will get the help they deserve.