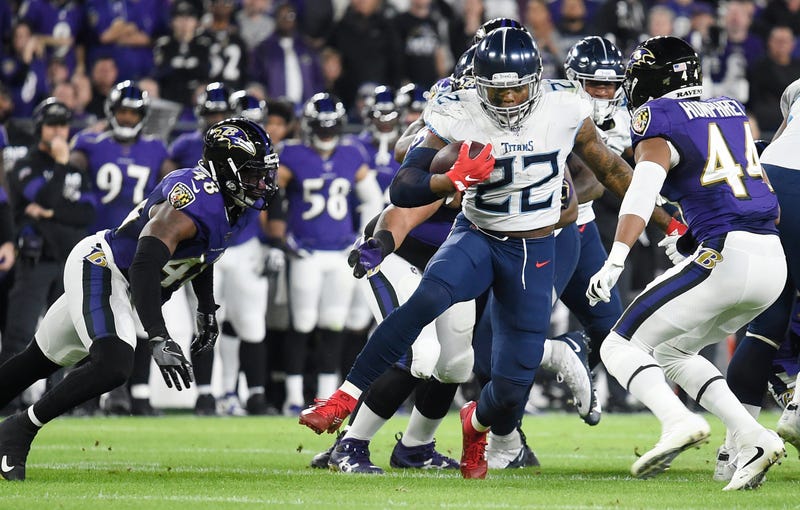 It’s Purple Friday here on 105.7 The Fan and we’re preparing for the Tennessee Titans all day. Today and every Friday, the guys at Inside Access were joined by former NFL scout Bobby DePaul who breaks down what he’s seen on film from the Titans.

Bobby joined Jason and Ken to talk about how Patrick Queen versus Derrick Henry will be the biggest matchup of the day, what player on the Titans defense he expects to be a surprise contributor and what he expects to see from the Titans play action passing game against the Ravens. While Bobby emphasizes that the Ravens have to key in on Derrick Henry, he also warns the guys that the Titans receivers aren’t to be slept on. Bobby did go on to say that he thinks the Ravens offense should be able to take advantage of the Titans lack of depth on defense.

The Ravens take on the Titans on Sunday at 1 p.m. at M&T Bank Stadium.