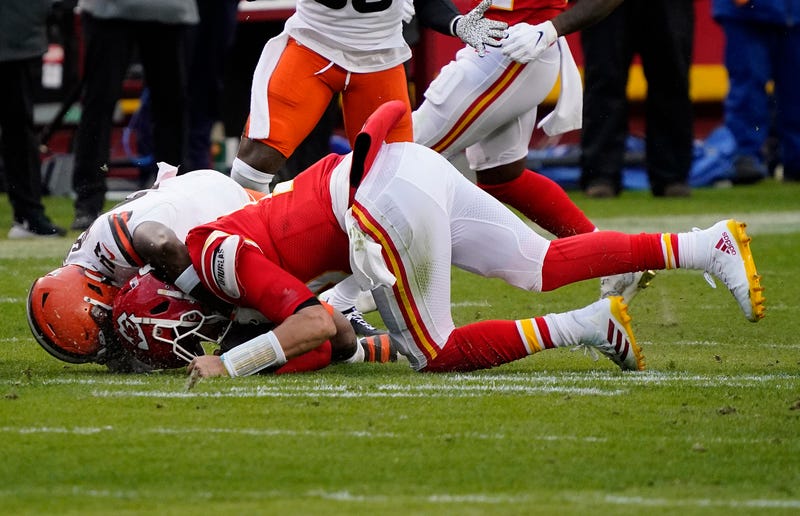 The NFL's Conference Championship weekend will feature two games highlighted by great quarterback play, though there are question marks surrounding Chiefs signal caller Patrick Mahomes, who was injured during Sunday's win over the Browns. Mahomes was concussed and had trouble standing after a hit by Browns linebacker Mack Wilson. Though the Chiefs would go on to a 22-17 victory with back-up Chad Henne, Kansas City will need a healthy Mahomes to secure their second straight Super Bowl birth.

On Tuesday the Big Bad Morning Show welcomed CBS Sports NFL analyst and sideline reporter Evan Washburn on the show to recap the Divisional round and preview this weekend's upcoming games. Evan was on the sidelines for the Browns vs Chiefs game and saw the Mahomes injury as it happened. Kansas City pulled out the win but if the reigning Super Bowl MVP is absent against Buffalo, it will be very hard to imagine they can advance. As for the Bills, they were able to defeat the Ravens on Sunday, but the Buffalo offense looked out-of-sync. Can the Bills get back to the team they were in the middle of the season that averaged over 30 points a game? Listen in as Evan breaks down what he saw on Sunday in Kansas City and what could be in store for the AFC Championship on Sunday.