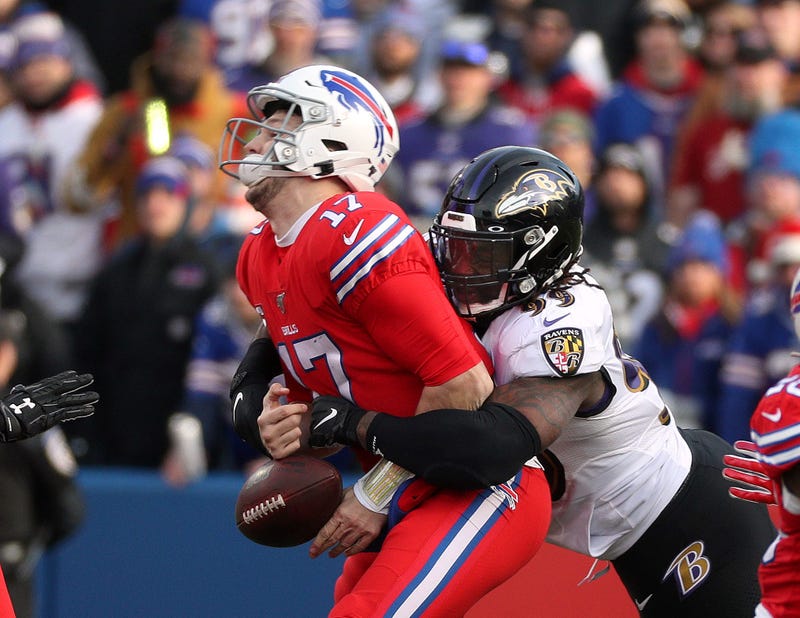 In just over 24 hours the Bills and Ravens face-off in maybe the most anticipated game of Divisional weekend. These two teams match up very evenly and it's feeling like the winner of this one has a real chance to be the AFC's Super Bowl contender. Both teams come in red-hot, with the Bills winners of seven straight and the Ravens six straight. Eyes will also be glued to the play of Ravens QB Lamar Jackson and Bills QB Josh Allen, as the two continue to build their status in the NFL. Both Jackson and Allen both won their first career playoff games last weekend, but Saturday will prove which signal caller has the mettle to lead their team deep into the playoffs.

Today on the Big Bad Morning Show, Chris Brown, co-host of One Bills Live on WGR550-Buffalo and contributor to BuffaloBills.com, joined Ed, Rob, and Jerry to preview tomorrow night's game. Chris feels this game really is a toss-up, with either side being worthy of a trip to the AFC Championship Game. That said, did Chris go against the home team with his prediction? Listen in to find out!