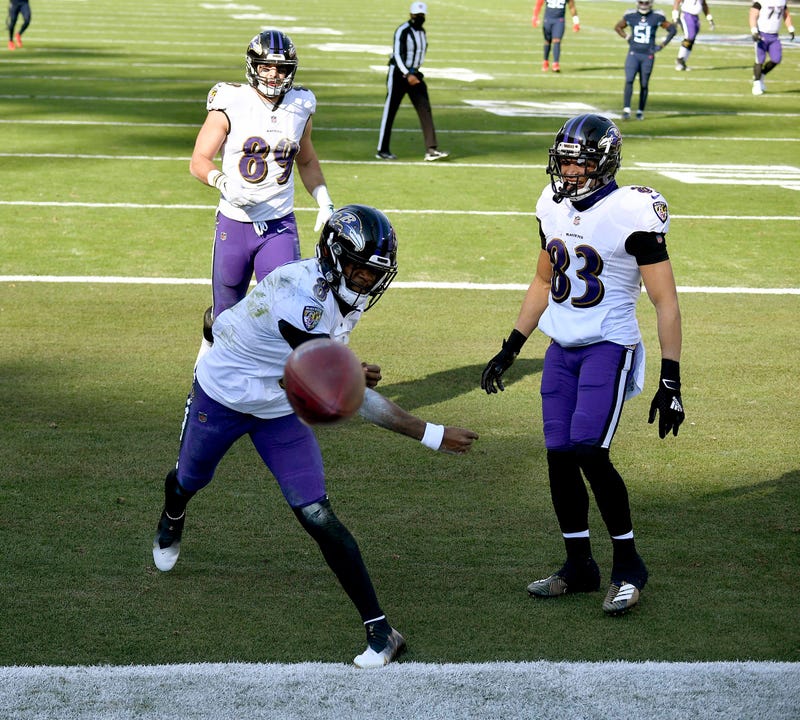 The Ravens took care of business on Sunday against the Titans in the AFC Wild Card round, defeating Tennessee 20-13. It was a hard fought game, one in which the Ravens came back from a 10-0 deficit and proved to the doubters they're able to win in come-from-behind fashion. The win also silenced Lamar Jackson's critics, as the Ravens QB put the offense on his back and helped carry them to the franchise's first playoff win in 6 years. On the defensive side, the Ravens main goal was to shut down Derrick Henry and that mission was accomplished. King Henry rushed for just 40 yards on 18 carries, one of the lowest outputs of his career. QB Ryan Tannehill was effective at first, marching Tennessee down the field in the first quarter, but once the D-line clamped down on Henry the Titans QB was harassed by the Ravens D all day. It was truly a team performance that helped propel the Ravens into the next round of the playoffs.

As he's done after every Ravens game this season, Film Study Baltimore's Ken McKusick joined the Big Bad Morning Show to break down the tape. Listen in as Ken describes how Calais Campbell, Derek Wolfe, and Brandon Williams stymied Derrick Henry and the Titans offense. Ken also looks at the play of the offensive line, and while it wasn't a stellar game from the O-line, they played well enough to spring Lamar for long runs multiple times. Finally, with an eye to the future, Ken previews the challenges that Josh Allen and the Bills offense will present on Saturday night.