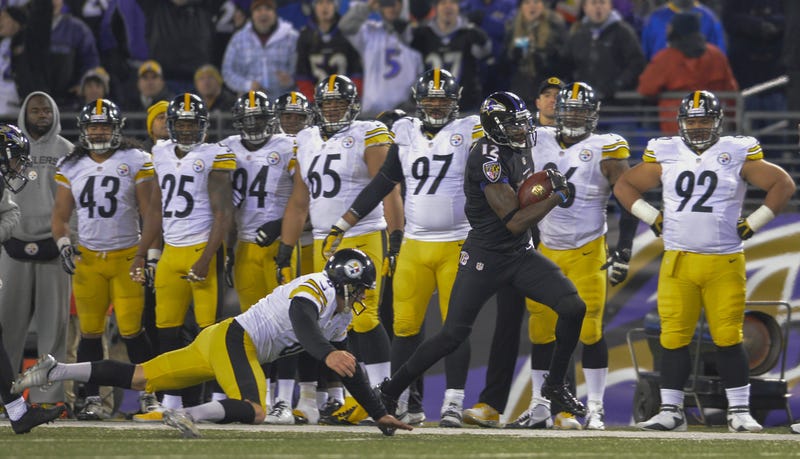 It's Ravens-Steelers week in Baltimore and all week long the Big Bad Morning Show is talking to former players to get a real sense of what it's like to play in one of the NFL's most storied rivalries.

On Tuesday Morning, former Ravens (and Steelers) Wide Receiver/Kick Returner Jacoby Jones joined the show and discussed the similarities between the two franchises and of course his infamous run-in (pun intended) with Steelers Head Coach Mike Tomlin during his kick-return on Thanksgiving Night, 2013.

Jacoby and the guys also get into his foray into coaching, including taking the job at Calvert Hall as a Wide Receivers coach, and why after playing for multiple teams during his 9-year career, he chose to retire as a Raven.