During the 2009 World Series, two of the most dominant second basemen in recent history met, as the New York Yankees took on the Philadelphia Phillies.

Even though the series ultimately went just six games, Chase Utley turned in one of the most dominant performances in World Series history, tying Reggie Jackson with a World Series-record five home runs in a single series. Unfortunately for Utley, outside of he and Cliff Lee, there wasn't much in the way of contribution from the Phillies as they attempted to defend their World Series title. The Yankees would win in six games, with Robinson Canó recording the putout on the final play of the series-sealing victory.

At the conclusion of the series, you felt like both Utley and Canó were fairly certain to eventually be Hall of Famers. However, circumstances have changed that viewpoint.

Because he was blocked by Plácido Polanco, Utley didn't play in over 100 games until his age-26 season. By comparison, Canó's age-26 season was his fifth season as the Yankees' everyday second basemen. Utley's late start made it especially consequential when knee injuries, viewed to be career-threatening at the time, limited him to 301 of a possible 486 games in his age-31-33 seasons. There is still a large contingent of sabermetrically-inclined observers that think Utley's peak was so dominant that he's worthy of eventual election to the Hall of Fame, but more traditional voters will have to be convinced to overlook the fact that he finished his career with less than 2,000 hits.

Canó, on the other hand, faces an entirely different dilemma. The eight-time All-Star has a resume that just on paper would have made him a first-ballot Hall of Famer. What may keep him out of Cooperstown is that he was suspended 80 games in 2018 for a failed PED test. It's unclear whether that will ultimately doom his otherwise slam-dunk case for the Hall of Fame.

While there will be plenty of time to debate the respective Hall of Fame cases of Utley and Canó, let's instead focus on this today - who had the better peak? 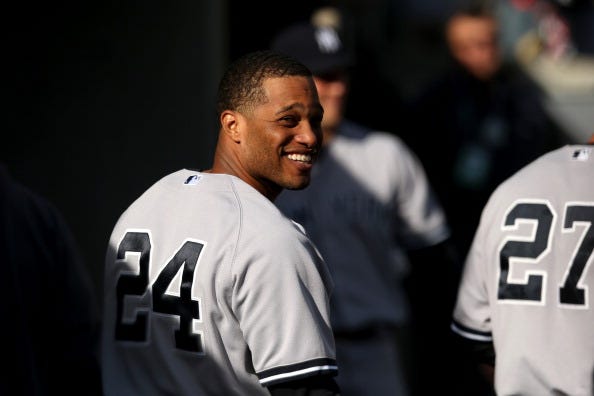 Robinson Canó spent much of his peak with the Yankees. Photo credit (Jonathan Daniel/Getty Images)

How Long Is Peak Being Defined As? 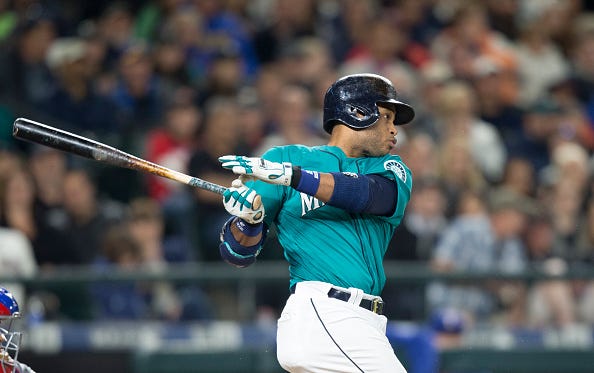 Robinson Canó spent the second half of his peak with the Seattle Mariners. Photo credit (Stephen Brashear/Getty Images)

Who Was More Valuable Offensively?

With two of the sweetest swings in baseball history, this was a fun one to research for.

Utley did walk 37 times more than Canó over their three-season peaks and 68 more times across their seven-season peaks, but that wasn't enough to make up for all the other categories. Certainly, Canó's power numbers weren't hurt from the short porch at Yankee Stadium, but it's not as though Utley played his peak at a pitchers's park in Citizens Bank Park. That Canó still put together excellent production in Seattle secured his edge here. 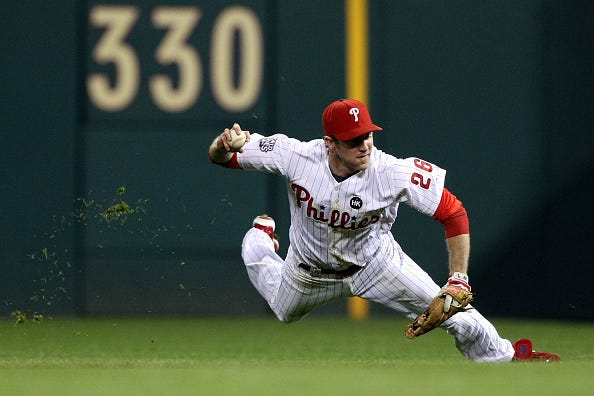 Who Was The Better Defender?

Though Canó is a two-time Gold Glove Award winner and Utley never received the honor, there's evidence that Utley was tremendously underappreciated defensively.

The most damning note here is that between 2005 and 2015 - the later half of which Utley had started to break down physically - he graded out as the best fielding second baseman in the sport, per FanGraphs. Canó was 18th. 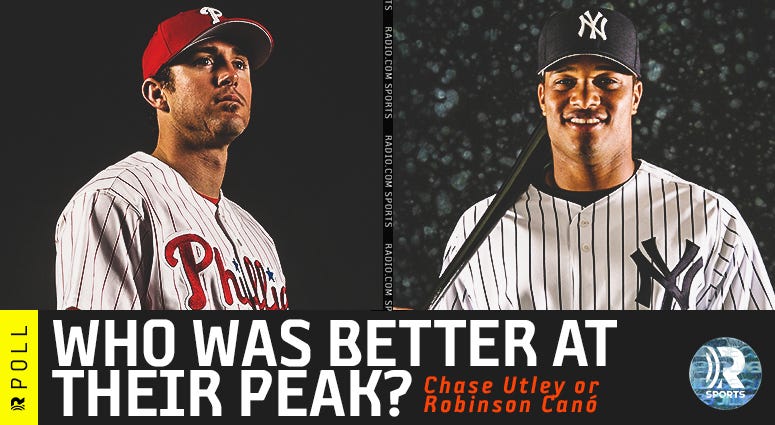 So...Who Had The Better Peak?

Given his advantage on defense and that he posted a 25.1 bWAR to Canó's 23.8 bWAR, you can make a case that Utley had a better three-year peak. It's startling how close the two are over their seven-year peaks. Utley (49.3) slightly tops Canó in bWAR (49.2), but Canó (49.4) returns the favor on Utley (49.3) in terms of WAR 7. Given that Utley began to break down physically towards the end of his seven-year peak, we're going to give the edge to Canó over the course of the longer peak. Truth be told, though, both were legitimate superstars at their best, which is why they both checked in on our countdown of the nine greatest second basemen ever.

Edge: Utley over a three-year peak, Canó over a seven-year peak

news
Couple charged in $2 million unemployment fraud scheme
news
Trader Joe’s: Over 4,400 pounds of frozen fish have been recalled
news
Wendy's debuts new chicken sandwich that you can try for free until November 8
news
Man arrested after throwing pumpkin at girlfriend during spat
music
That time AC/DC’s Brian Johnson got drunk and hunted for the Loch Ness monster
music
David Hasselhoff launches Kickstarter to deliver you metal music you didn't know you needed