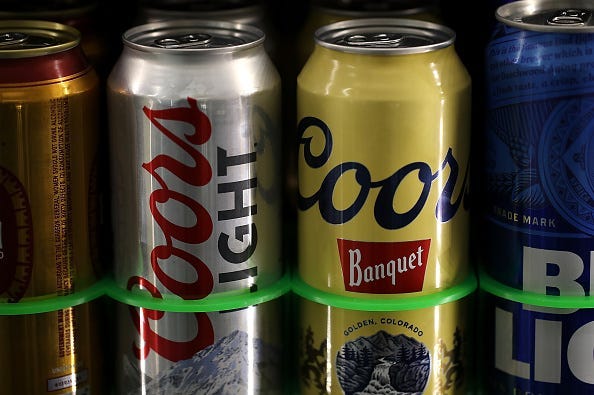 Who couldn't use a beer during a pandemic? I don't drink beer and even I have joined my husband sipping on this adult beverage during this lockdown. Well, after a few cries for "need beer" on social media, Coors Light heard the need and has launched #Could Use A Beer campaign.Brilliant!

93-year-old Olive Veronesi of Seminole, PA, is staying home. But she has one request for her neighbors. @CoorsLight, you’re up! (📷 by @KDKA) pic.twitter.com/6itfzwxfNF

Coors Light announced on Twitter a new campaign called America #Could Use A Beer. Just go to the beverage's official Twitter account to tell them who you think deserves a beer, and they will provide a six-pack.

It could be yourself, a friend, family member, stranger, or even celebrity! Coors Light says the offer will run until a million dollars worth of beer has been claimed. Wow! Cheers Coors Light! ~grace