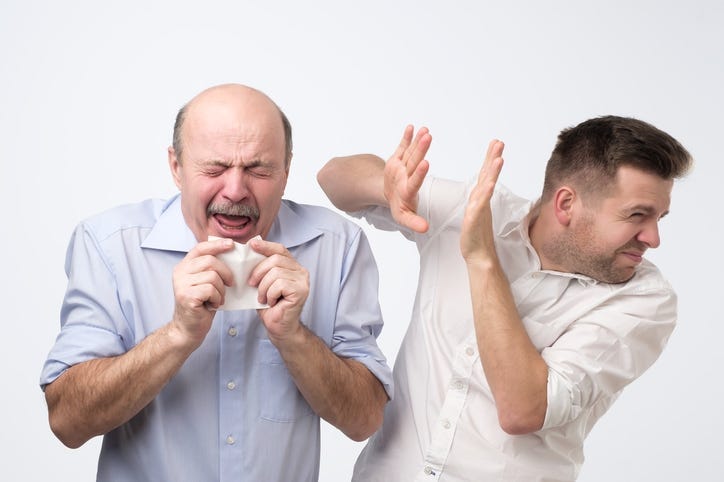 Finally a good story about FLORIDA MAN that will make him a hero!

52 year old Rio Giardineri was diagnosed with coronavirus claims he was saved from certain death by an anti-malaria drug touted as a possible treatment by President Trump.

Giardineri told Los Angeles’ Fox 11 that he struggled with horrendous back pain, headaches, cough and fatigue for five days after catching COVID-19, possibly at a conference in New York. He describes being on death's door to the point that his doctors said there was nothing more that could be done. A friend of his sent him a recent article about hydroxychloroquine, a prescription drug that’s been used to treat malaria for decades and auto-immune diseases like lupus. The treatment has seen some success and approved by health officials overseas.

A great early result from a drug that will start tomorrow in New York and other places! #COVIDー19 https://t.co/4F4Qk4WFtK

President Trump last week said he was instructing the FDA to fast-track testing of hydroxychloroquine and a related drug, chloroquine, as treatment for COVID-19.

Giardinieri said he contacted an infectious disease doctor about the drug but the doctor was hesitant because there wasn't enough testing and nor approved.

Giardinieri responded with  "‘Look, I don’t know if I’m going to make it until the morning,’ because at that point I really thought I was coming to the end because I couldn’t breathe anymore.”

The doctor agreed and the medicine was administered 30 minutes later. What happened next is scary and unbelievable.

The New York Posts reports that after about an hour on an IV with the medicine, Giardinieri said, it felt like his heart was beating out of his chest and, about two hours later, he had another episode where he couldn’t breathe. He says he was given Benadryl and some other drugs and that when he woke up around 4:45 a.m., it was “like nothing ever happened.” That is unbelievable.

Giardinieri said he's had no fever or pain and can breathe again. His doctors believe the reaction he had was not to the medicine but to his bodies fighting off the virus.

New York Governor @andrewcuomo announces that beginning tomorrow, the State will begin treating some patients with a combination of Hydroxychloroquine and Azithromycin.

New York Governor Cuomo announced today that beginning tomorrow, the State will begin treating some patients with a combination of Hydroxychloroquine and Azithromycin the same drugs President Trump was talking about at earlier press conferences and what saved Giardinieri life. Let's pray this is the answer and will save many more lives. ~grace