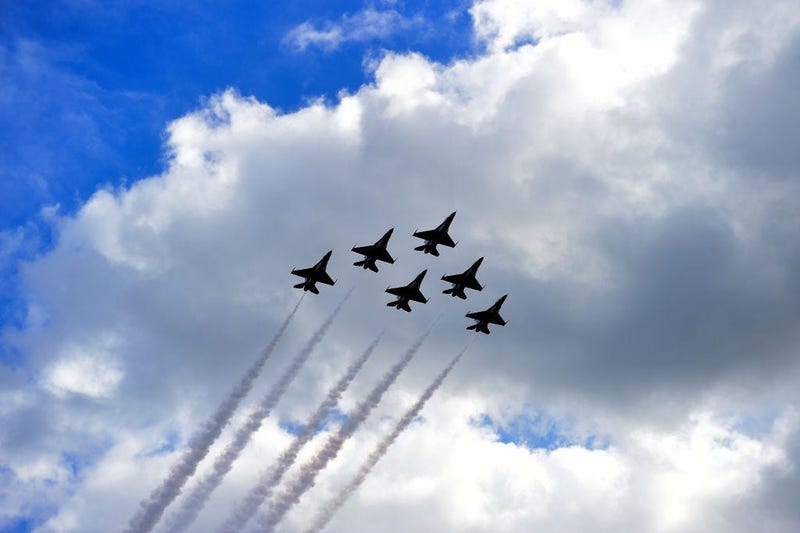 This global pandemic has made us all nervous but we know as American's we've gotten through worse things together and together, we will get through this latest crises. As a show of national unity, the Defense Department has announced that the Air Force Thunderbirds and the Navy Blue Angels will be doing mulit-city fly overs in the next two weeks.

First one up is tomorrow, Tuesday April 20th.

In a news release issued April 24th, America Strong is a collaborative salute from the Navy and Air Force to recognize health care workers, first responders, and essential personnel while standing in solidarity with all Americans during the COVID-19 pandemic.

The senior military official have said that the cost of the flights will come from money already in the Pentagon budget. Also being reported is some other plane like the bombers flying over their home states is also a possibility.

I for one appreciate any of our national symbols, like our American Flag, I agree that the symbolism will help us feel united. #AmericaStrong is not just a hashtag but a fact. ~grace