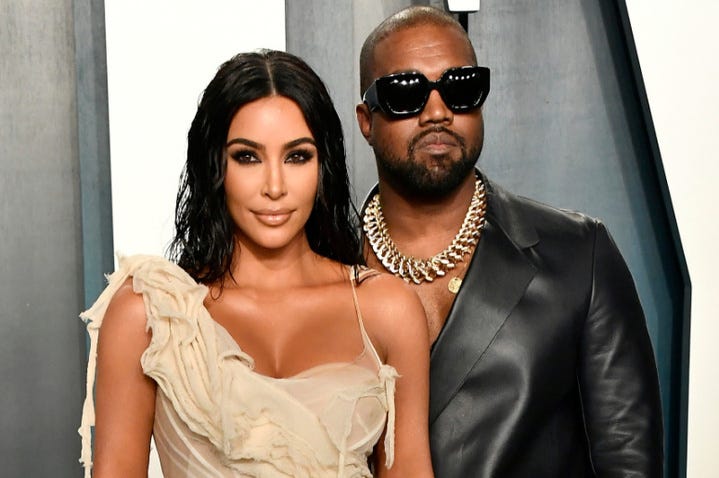 After 7 years of marriage, Kim Kardashian and Kanye West are reportedly getting a divorce.

For weeks speculations have been buzzing about the famed duo’s relationship status. Earlier this month many eyebrows were raised after various sources have sighted that Kanye moved over 500 pairs of sneakers out of the home he shares with the reality star and business mogul.

As TMZ reports the divorce has been amicable. Plus, TMZ has reported that Kim is asking for joint legal and physical custody for the couple’s 4 children.

Additionally, there is a prenup, however, neither legal party is contesting to the legal document. Sources tellTMZ that the couple is already moving quickly on reaching a property settlement agreement.

While there is no specific date of separation listed in legal documents, a timeline of the couple’s relationship difficulties is pretty simple to piece together because Kimye’s split has been well documented by the media.

Towards the end of 2020, it seemed as if things were becoming particularly shaky for the pair. When Kanye launched his Presidential campaign on July 4 last year, that’s when things seemed to turn for the worst. At a South Carolina campaign event, through tears, West told a candid story about a conversation he and Kim had about abortion when she was pregnant with their first baby.

Shortly after that Kanye was displaying signs of a difficult mental health episode on Twitter and sharing outbursts that were pointed at the Kardashian / Jenner family. It's reported that Kim was ready to end things after the series of tweets from West, but felt it would be wrong to walk away from the marriage when Kanye was dealing with his mental health.

For several months after his campaign, Kanye and Kim were living separately, with West spending most of his time in Wyoming, and Kim and the kids staying in Calabasas.

Kim and Kanye have known each other since the early 2000s. The prolific rapper first made an appearance on KUWTK in 2010, while Kim was still dating Kris Humphries. In 2012 Kanye professed his love for Kim with his song “Cold.” Shortly after the release of the track, the couple began dating.

The pair’s first child, North West was born in the summer of 2013, just a year prior to Kimye’s iconic 2014 wedding in Italy. At the height of their relationship, Kanye released “Bound 2,” which is an iconic homage to their famed relationship. The song’s music video infamously features Kim on a motorcycle with Kanye, as the rapper drops lyrics like “they order champagne but still look thirsty, rock Forever 21 but just turned 30.”

While their relationship doesn’t seem to be emulating “that prom s***” that Kanye passionately raps about on “Bound 2,” the love that Kimye possessed will certainly live on throughout pop culture history.